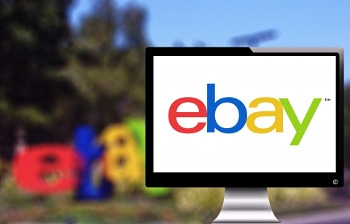 Online auction site eBay has threatened to cut off Australians' access to overseas shopping sites within its framework if the federal government goes ahead with a bill to levy GST on purchases of foreign goods below the value of $1000.

Asserting "the bill must be withdrawn", eBay said: "...as the Bill stands, Australian consumers would be asked to pay an extra 10% to foreign businesses with no guarantee the money will ever be remitted to an Australian tax authority.

A public hearing on the bill is scheduled to be held in Melbourne on Friday. A Senate committee is charged with reporting back to Parliament on 9 May with the government having already said that it intends to have the bill passed and implemented from 1 July onwards.

Submissions to a Senate inquiry closed on 10 April and these have been made public. Of the 29 submissions, most do not support the bill.

In its submission to the committee inquiring into the Treasury Laws Amendment (GST Low Value Goods) Bill 2017 [Provisions], eBay said, in part: "Regrettably, the Government’s legislation may force eBay to prevent Australians from buying from foreign sellers. No tax would be paid to Australia and none would be owed.

"It would raise no revenue, deny Australians access to choice and lessen price competition. This solution would not even represent a win for bricks and mortar retailers, because Australians would still find ways to buy online.

"They would do so direct via dot.coms without paying GST and they would lose the confidence they current enjoy buying from eBay with the advantage of its trusted seller ratings. This appears to be the most likely outcome at present."

eBay also made a joint submission with Chinese online giant Alibaba and ecommerce site Etsy, arguing against the passing of the bill.

In a sign of whom the government deems important in terms of submissions, two researchers from the IPA will be given the first slots during Friday's hearing, immediately after Federal Treasury and the ATO have had a chance to speak.

Of the 29 who have made submissions, eBay, Alibaba, Etsy, Amazon, CHOICE, the Conference of Asia Pacific Express Carriers, the Freight & Trade Alliance, the Australian Retailers Association, The Tax Institute, CPA Australia and the Chartered Accountants Australia & New Zealand will get chances to ventilate their opinions, after which Treasury will wrap up proceedings.