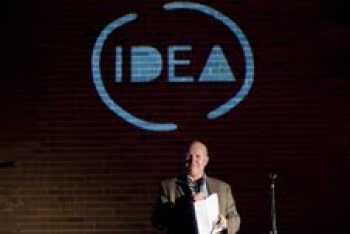 Indigenous apps, networks and search engines are amongst a raft of ideas that have come out of the Indigenous Digital Excellence Agenda (IDEA) Summit held last week when more than 30 Indigenous leaders got together to look at digital initiatives to benefit Australia’s Aboriginal and Torres Strait Islanders communities.

The future delivery of digital initiatives to Indigenous communities has also been given a significant boost by the announcement that the Telstra Foundation is putting up $5 million towards the digital program.

NCIE CEO, Jason Glanville, said the summit brought together both ‘emerging’ and established Indigenous leaders to collaborate on ideas that could “create a nation where all Aboriginal and Torres Strait Islanders can thrive in the digital world.”

“The nation should be optimistic about the future participation of Indigenous Australians in the digital world.  Our focus is to avoid a digital divide while holding on to our culture.  The strength of the ideas coming from the IDEA Summit has thrown up some concepts we couldn’t have even begun to imagine.”

Glanville said the co-designers of the Summit were bolstered by the news that the Telstra Foundation would be contributing $5 million over five years to support the NCIE and Indigenous Digital Excellence.

“While many exciting ideas were developed and prototyped, five core ideas emerged from the Summit that the NCIE and the Telstra Foundation hope to take forward and incubate in some form through the Indigenous Digital Excellence Hub to be built at the NCIE in the coming year.”

He said the new funds would be used to create an ‘Indigenous Digital Excellence Hub’ at NCIE’s Redfern premises, where developers and designers would co-create Indigenous online platforms, apps and events to improve community well-being.

Telstra Foundation Chairman, Geoff Booth, said the “flagship partnership” was a significant investment to create opportunities for more Aboriginal and Torres Strait Islander peoples to thrive in the digital world.

“We’ve been in consultation with Indigenous leaders - young and old - to get a deeper understanding of how we might better support Aboriginal and Torres Strait Islander peoples as part of our broader Everyone Connected strategy.

“This partnership seeks to build both an online and offline environment that supports Indigenous people to take their next step – whether it’s enjoying the strength of online connections through purpose-built digital communities, learning digital literacy skills, running an online business or building leadership skills.

According to Glanville, Australia was at an inflection point – “two of the biggest dynamics include the growing pervasiveness of digital technologies and the growing population of Australia’s First Peoples.”

“Digitisation is entering almost every aspect of Australian’s lives and the Indigenous population growth rate is set to double the national growth rate in the coming years.

“This announcement and the extension of our partnership with the Telstra Foundation couldn’t come at a better time for Aboriginal and Torres Strait Islanders. Progress towards Indigenous digital excellence is vital for Indigenous peoples’ well-being. It is also a crucial part of our shared prosperity as a nation.

“This far-sighted partnership will contribute to the NCIE’s ability to change the opportunity profile of a generation of young Indigenous Australians and lay important foundations for us to build a better nation.”

Submissions and ideas for the National Indigenous Digital Excellence Strategy can be submitted via social media and the IDEA website at www.indigenousdigitalexcellence.org.au
Read 3033 times