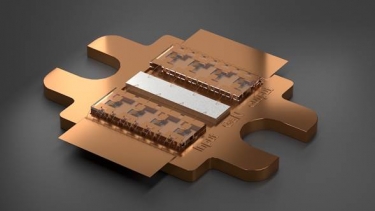 The integrated passive devices market share is expected to reach US$3 billion ($4.4 billion) by 2032 with an estimated CAGR of 3% during the projected period due to the growing demand in the telco industry, according to market research company Fact.MR.

By 2022, the 5G industry is estimated to have 89 million subscribers, giving the integrated passive devices market room to expand.

Fact.MR also recognised that there is a growing demand and competition for integrated passive devices. Manufacturers are offering a variety of options at a reasonable price to make it more accessible to customers.

The study also mentioned the following highlights:
1. The consumer electronics segment dominated the market and held the largest market share of 21.7% in 2020.
2. There is increased usage of these components in different consumer electronics products such as laptops, smartphones, wearables, and tablets, among others.
3. The integrated passive devices have a number of high-end qualities, including low power consumption, high chip connection, and a tiny footprint, which has fuelled their acceptance in miniaturized hand-held electronics.
4. The Asia Pacific integrated passive devices market will grow from 2021 to 2028 due to government measures to expand semiconductor production in the region.
5. Spanish multinational company specialising in developing and manufacturing metal components for automobiles Gestamp, will receive a €200 million ($297 million) loan from the European Investment Bank (EIB) to upgrade its research capabilities to produce lighter, safer, and environmentally friendly cars, according to the European Commission.

The long-term impact is projected to be minimal because leading companies in this sector are working hard to minimise the cost of integrated passive devices, according to Fact.MR.

Low-cost production is critical for profit maximisation. Traditional printed circuit boards, on the other hand, are standardised for individual discrete components but not for integrated passive devices.

This first appeared in the subscription newsletter CommsWire on 21 September 2022.

More in this category: « Australians stay loyal to their mobile providers despite increasing prices, Finder report finds NZ consumers keen to spend more on telco services despite inflation: survey »
Share News tips for the iTWire Journalists? Your tip will be anonymous