Deel gives the deal on Australian IT salaries Featured 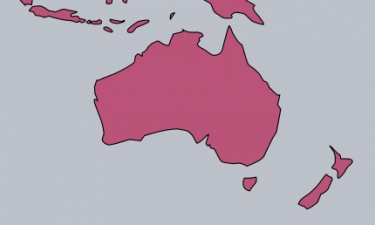 Deel has released its state of global hiring report for the last six months, revealing the numbers Australian businesses need to look at to keep Aussie tech talent from heading overseas.

Deel provides a platform for companies worldwide to easily and quickly onboard and pay workers in any location and, as such, has a global view of hiring trends and salaries. Its latest state of global hiring report covers the first six months of the 2022 calendar year.

It reveals Australia tops the Asia Pacific region in the number of organisations hiring internationally and as the region growing fastest in overseas hiring.

However, what about our own developers?

(As a reminder, the median is the middle point in a data set - this differs from the mean, which is the sum of numbers divided by the quantity of numbers, and from the mode, which is the most frequently occurring number. Thus, the research tells us half of the junior software developers are paid under $83K and half over $83K.)

Thus, Deel's data indicates a junior software developer could potentially earn more money in the USA, they have a greater chance of earning a strong starting salary in Australia.

Regarding mid-level software developers, there is a reasonable parity across Australia, Canada, the UK, India, and Singapore. The median salary ranges from $AU 83K in India to $AU 97K in Australia and Singapore, with the other countries in between.

However, the median salary for mid-level software developers in the USA is substantially higher at $AU 119K.

The pay gap closes at the senior level, with median pay for senior software developers generally consistent across markets. It ranges from $AU 101K in India to $AU 150K in the USA, with Australia sitting in the middle at $AU 135K.

Thus, while Australia provides a good start to junior developers, the potential earnings increase if they head overseas. This challenges Australian businesses to consider how to entice and retain experienced developers.

Deel head of expansion ANZ Shannon Karaka said, “We know there is a chronic tech talent shortage in Australia combined with delays in the visa process. With the high demand for tech workers, we’ve seen many Australian businesses find success by adopting a global hiring approach. For example, companies can hire talent destined for Australia and put them to work instantly while visa applications are processed. Such an approach provides immediate solutions to the local tech talent crunch.”

More in this category: « ACMA issues conditional licence for 3D TV trial ICT not on radar in clean energy report: AIIA »
Share News tips for the iTWire Journalists? Your tip will be anonymous