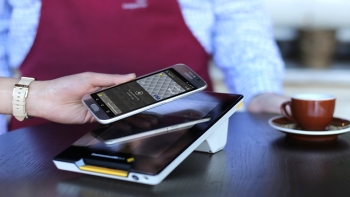 The Commonwealth Bank says there’s been a surge in tap and pay transactions over six months, with its own customers increasingly using their smartphones instead of their wallets when making payments.

According to new research, the CBA — one of Australia big four banks — says with its five million customer app users, tap and pay transactions have reached 16.8 million for the six months to June 2018, an increase of more than 35%.

The bank says the research shows that:

Release of the research comes as the CBA announced that Visa cardholders can now make contactless payments via its tap and pay functionality in the app.

Samsung Pay and Google Pay are also now available for Visa cardholders as well as payments via Fitbit and Garmin’s payment-enabled smartwatches.

According to Michael Baumann, CBA’s acting executive general manager, Everyday Banking, by enabling Visa across the suite of CBA supported digital wallets the bank was combining “choice and convenience for more customers”.

“Since 2013, our customers have been able to use their smartphones to make payments. By extending the suite of CBA supported digital wallets to our Visa cardholders, we’re providing our customers with even more options to make a payment at the point of sale, whether that be through the CommBank app or their smartwatch.

“We’re seeing customers who are stretched for time taking advantage of the ease and convenience of digital payments. Our data has revealed that groceries, food and beverages and petrol are the most commonly purchased goods.”

More in this category: « Equal Reality shortlisted for Optus future makers program Ooyala to support Interoperable Master Format »
Share News tips for the iTWire Journalists? Your tip will be anonymous