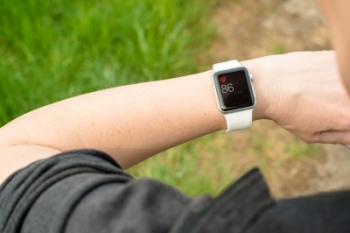 The value of the North American wearables market reached US2.0 billion in Q2 2019, with shipments up 38% at 7.7 million units, according to a new report.

The report by global analyst firm Canalys reveals that, driven by booming smartwatch sales, North America remains the world’s most valuable wearable band market, despite being second to Greater China in terms of unit sales.

And in Q2 2019, more than 60% of Apple’s 4.7 million global watch shipments were into North America – with Fitbit coming second overall, with shipments up 18% due to it pushing more basic bands into the channel - but failing to ship as many smartwatches as in Q2 last year.

Canalys says that Apple and Samsung contributed most of the region’s value gains.

“Smartwatch vendors are increasingly getting nearer the bullseye – hitting the right price point in a way that spurs massive demand. With Samsung’s new Galaxy Watch branding in place, and showing robust performance, the company has moved to cultivate a fitness-focused line-up with the Galaxy Watch Active series, with prices between US$200 and US$300,” said Canalys Research Analyst Vincent Thielke.

“Packing features into a compact form factor that has an appealing design is challenging but rewarding. Samsung most recently showcased these capabilities with its latest Watch Active 2 series, though other vendors are close behind.”

Canalys says Fitbit’s attempt with the Versa Lite did not fare well.

“There is certainly demand for affordable smartwatches with strong health and other intelligent features,” said Thielke, “but Fitbit’s misstep with the Versa Lite shows that consumers will shun overly pared-down smartwatches if they are not appropriately targeted, and especially when it’s obvious they are losing functionality.”

Canalys notes that cellular connectivity and actionable health insights are key catalysts for additional growth in the wearable band market.

“Vendors are racing to announce LTE connectivity for their smartwatches,” said Canalys Senior Analyst Jason Low, “and it is becoming increasingly difficult to challenge Apple, which has been laying robust groundwork for cellular-connected devices”.

“Apple is poised to reinforce its leading position by including aggregated health data, which can reveal new trends and insights, both for consumers and the broader healthcare ecosystem,” Low concludes.

More in this category: « US dominates, leads in AI but China nipping at its heels Payright launches online pay later option for purchases »
Share News tips for the iTWire Journalists? Your tip will be anonymous