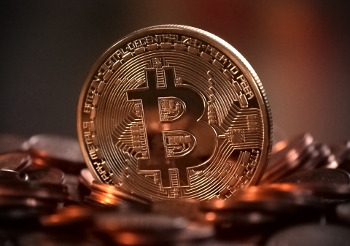 An Indian official has clarified that the country has not imposed, nor intends to impose, a ban on cryptocurrencies.

Rather, Ajeet Khurana, the head of the country's blockchain and cryptocurrency committee, told the YourStory website, the government, like all governments in the world apart from Japan, did not recognise cryptocurrency as money.

Many websites have been reporting, falsely, that Indian Finance Minister Arun Jaitley told parliament while presenting the national budget that India would make cryptocurrencies illegal.

Possibly as a result of this, the value of bitcoin fell to below US$10,000. Reuters reported that the virtual currency fell to US$9022 on the Luxembourg-based Bitstamp exchange.

The news agency cited Coinmarketcap.com, a site which tracks these currencies, as claiming that other cryptocurrencies like ripple, which is third by market value, and bitcoin cash, had also fallen by double digits in the last 24 hours.

Earlier in the week, Facebook said it would be banning ads for initial coin offerings and anything related to cryptocurrencies from its site which has about two billion accounts worldwide.

Jaitley told parliament: "…The government does not consider crypto-currencies legal tender or coin and will take all measures to eliminate use of these crypto-assets in financing illegitimate activities or as part of the payment system.

"The government will explore use of blockchain technology proactively for ushering in (the) digital economy.”

Khurana said that there had been no indication from the government that it would ban cryptocurrency exchanges.

"Neither does it stop people from holding a cryptocurrency. It is just saying that the government doesn’t recognise cryptocurrency as money, which no country in the world does except Japan," he added.

Asked about Jaitley's reference to cryptocurrencies not being part of the payment system, Khurana said: "The payments system includes a lot of things like the settlement mechanism, and the banking system. In recent times, digital wallets and other payment mechanisms have been added to the entire scenario.

"What (he) might be saying is that cryptocurrency is not considered to be a part of these payment systems. Similarly, gold is not part of a payment system, but people still barter assets like gold for goods, as long as both parties record the transaction. It is an asset barter transaction.

"There is a little subjectivity on the matter. Can an individual swap cryptocurrency for another cryptocurrency? We have to wait for clarification on what the finance minister meant when he mentioned payment system."

Cryptocurrencies have been experiencing wild swings this year, as both South Korea and China indicated that they would crack down on speculation in these assets.

More in this category: « iPhone sales down, but revenue up in latest quarter China plans total ban on cryptocurrency trade, ICOs: report »
Share News tips for the iTWire Journalists? Your tip will be anonymous