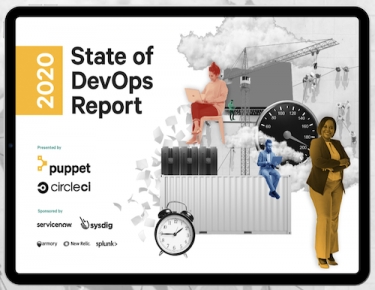 Salaries of Australian technology professionals’ have decreased, a distinct exception to the trend of rising salaries across other regions around the world, according to a new report from global IT automation vendor Puppet.

According to Puppet’s sixth annual 2020 DevOps Salary survey of more than 2,200 technology professionals globally, while the phenomenon translated into higher salaries across industries globally, Australia and New Zealand bucked the trend among their peers in the US, United Kingdom and Japan.

Puppet notes that the decline in salaries in Australia, while small, is “unique and suggests a concerning trend, given the persistent technology skills shortage in the region”.

In the Asia Pacific region, Puppet found that Singaporean salaries decreased, a distinct exception to the trend of rising salaries across other regions, “despite widespread economic slowdowns and cross-industry layoffs”.

Many organisations have accelerated their digital transformation initiatives by as much as three or four years during the pandemic, according to a late-2020 survey by McKinsey & Co, cited by Puppet.

The acceleration in creating digital or digitally enhanced offerings was the most pronounced in developed Asia Pacific, making a leap of over 10 years, compared to a seven-year increase on average across regions, the Puppet survey found.

“While the phenomenon translated into higher salaries across industries globally, Singapore bucked the trend among their global counterparts in the U.S., United Kingdom and Japan. The share of respondents in Singapore earning over US$75,000 (approx. SG$99,700) fell from 71% in 2019 to 67% in 2020.

“The pandemic brought into sharp relief the necessity of digital transformation and thereby the value of the skilled practitioners and managers who make that evolution possible,” said Alanna Brown, co-author of the State of DevOps Report.

David Hayes, Senior Director, APAC, Puppet added, “Singapore’s position as an innovation and transformation hub in the region will require continued investment in human capital. The survey findings point to a need for more competitive salaries in the market, particularly in addressing the increase in demand for DevOps skills and closing the significant gap in highly paid workers when compared to the U.S.”

Key findings revealed in the DevOps Salary Report also include:

More in this category: « Loopit predicts rise in car subscription uptake in 2021 eftpos freshens up with new logo for digital era »
Share News tips for the iTWire Journalists? Your tip will be anonymous