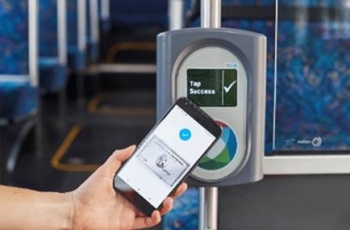 American Express cards are now useable on Sydney’s contactless payments system which is being rolled out by Transport NSW.

The use of American Express cards across the Transport NSW contactless payments system has now been expanded for use across the Sydney, Illawarra, Southern Highlands, Central Coast and Hunter Regions of the State.

“Our ongoing investment in digital capabilities and growth of the number of businesses accepting our cards is enabling card members to easily use their Amex card or mobile wallet in more places than ever before.”

To mark the launch of American Express card use on NSW transport services the company says it will be running an Amex offer for eligible card members, available through the Amex app and their online account.

American Express says previous Amex Offers with Transport for NSW capped out within 24 hours, with card members enrolled in the offer redeeming the discount for at least one journey.

More in this category: « Non-cash payments market boom, but banks ‘reluctant’ to embrace open banking Australian companies lag behind global peers in analytics use »
Share News tips for the iTWire Journalists? Your tip will be anonymous