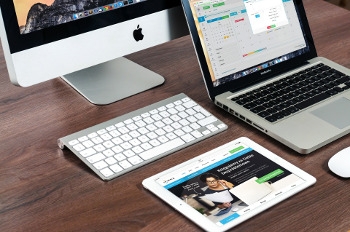 The prediction was contained in Gartner's latest forecast of device shipments which it released to Computerworld.

The forecast said that in 2017, devices powered by macOS and iOS would push Windows devices into second place. This gap would then widen in the next two years.

According to the figures, of the 2.3 billion devices shipped in 2016, Windows powered about 260 million. Google's Android mobile operating system was by far the leader.

In that year, iOS and macOS (the latter was formerly known as OS X) accounted for 248 million devices which was a tenth less than in 2015. This drop was due to the falling sales of the iPhone.

The research firm forecast that Windows devices shipped in 2017 would fall to 252 million, a year-on-year drop of 3%.

This would then marginally increase to 253 million in 2018 and show a bigger increase the following year (257 million).

The gap in device shipments, which was 12 million in 2016 in Microsoft's favour, would thus blow out to 28 million in Apple's favour by the end of 2019, Gartner predicted.

More in this category: « Cook's bonus down as Apple misses sales target Alibaba and GS1 sign MoU for Australian business »
Share News tips for the iTWire Journalists? Your tip will be anonymous