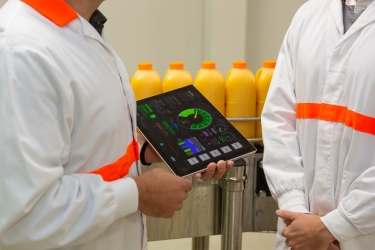 Non-alcoholic beverage production decreased by 12.5% between April and June compared to the previous three months as producers were thwarted by unplanned downtime, according to OFS’ findings from its quarterly Non-Alcoholic Beverage Benchmark Report.

All up, filling lines spent 37% of operational time in unplanned downtime—a rise of more than a third from the previous quarter, leaving producers with just over half of the possible yield achievable.

“This might seem like grim reading, but demand for non-alcoholic beverages overall has shot up quite dramatically so it’s not too surprising to see teething issues in production,” commented OFS CEO James Magee.

“Really, this is an opportunity to double down on that demand and meet it in a smart, sustainable way. With this kind of data in hand, non-alcoholic producers can not only capitalise on the market opportunities, but potentially avoid totally unnecessary investments in new production capacity because they’ll be able to more effectively use what they have.”

Despite downtime issues, the report noted non-alcohol beverage producers were exceptional in terms of waste efficiency with only 1.32% of units lost between the beginning and end of the filling line.

Compared with the already waste-efficient craft beer industry – which OFS analysed in a separate report – non-alcoholic producers were over a third more efficient.

Other key statistics from the report include:

The industry earned an average OEE score – considered the gold standard for measuring productivity – of 34%, a sharp decline from 46% the previous quarter.

Magee said data is essential when improving OEE. Data enables manufacturers to get a better and more consistent handle on areas like unplanned downtime, changeover time, and maximising efficiency in production schedules.

“Having access to real-time information such as the metrics outlined in this report is a sign of maturity in any industry and something that should become part and parcel of non-alcoholic beverage producers’ operations as the industry expands,” he said.

“The data we’ve captured in these reports and the learnings associated is just the beginning. With simple, affordable technology in place, non-alcoholic beverage producers can gain visibility into packing efficiency, waste, energy usage, and more to help them capitalise on opportunities.”

The Non-Alcoholic Beverage Benchmark Report provides insights into how data can be used to improve production efficiency in the non-alcoholic beverages industry.

It analysed the production of millions of litres of kombucha, coconut water, dairy drinks, and soft drinks by Australian, New Zealand, and US producers between April and June this year to determine a view of ‘what good looks like’.

More in this category: « Aussie craft brewers ramp production by 7.6% but bogged by downtime: OFS report How to scale up your logistics game and what you should be mindful of »
Share News tips for the iTWire Journalists? Your tip will be anonymous