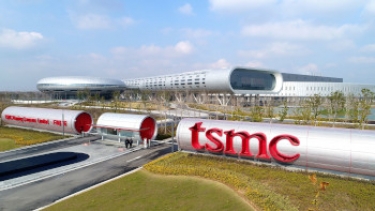 One of the TSMC fabs. Courtesy TSMC

The founder of the world's biggest semiconductor fab says it may be impossible to replicate what has been done in Taiwan in other parts of the world, including the US.

Morris Chang, the man behind Taiwan Semiconductor Manufacturing Company, told a seminar last week that his company was at the top due to certain fundamentals which he was unsure could be repeated in other parts of the world.

In particular, Chang said, there were challenges to setting up a plant in Arizona, a US$12 billion (A$15.5 billion) plan which was pledged during the days of the Trump administration as the US sought to sideline China in its pursuit of chip sources. The Arizona plant was announced in May last year.

Asia Times, which had access to a transcript of Chang's speech, said he had praised the work culture in Taiwan and also the pool of talent devoted to the semiconductor sector. But he did not have anything similar to say about the US.

“The United States stood out for cheap land and electricity when TSMC looked for an overseas site, but we had to try hard to scout out competent technicians and workers in Arizona because manufacturing jobs have not been popular among American people for decades,” Chang said.

He also warned against sending people from Taiwan to run plants overseas. “Computers of different brands can often be hooked together but not people of different culture,” he said.

“The fact that TSMC’s top-flight executives can deliver top results in Taiwan is no guarantee of similar performance when they are posted overseas.”

Asia Times pointed out that just one Westerner sits on TSMC's 26-member board.

TSMC has assumed an increasingly important role in the sector, being just one of two firms — the other is Samsung Electronics — that can make the most advanced semiconductors. Supply chain issues during the pandemic have led to an acute shortage of chips in many industries, putting production quotas at risk.

In November last year, TSMC reported it had completed work on a 3nm process fab and would start production in 2022. At the time, TSMC executive chairman Mark Liu described the plant as the most advanced in the world, adding that it would help the company stay ahead of all its competitors.

The trade war against China initiated by Donald Trump has continued under a new administration, and this has led to stockpiling of semiconductors by many Chinese companies which are unsure of what to expect next from Washington.

Chang said Taiwan's infrastructure was well suited for the semiconductor industry and the high-speed rail network and expressways allowed quick access between TSMC's headquarters in Hsinchu, near Taipei, and other plants located in Taichung and Tainan.

“It was a breeze for us to rotate technicians and staff among the three fabs across the island and when employees change over from one location to another, they even do not need to move their homes, thanks to Taiwan’s bullet trains and highways and well-rounded transport and logistical support,” he was quoted as saying. “It’s unlikely we can replicate all these in Arizona.”

Chang also said that products made in America would cost more, even after government subsidies.

His remarks were in contrast to those made by Liu earlier in April, with the latter holding out hope that the Arizona project would take over part of the task of supplying 5nm chips that was now fulfilled by the plant in Hsinchu.

More in this category: « Siemens, Google Cloud cooperate on AI-based Solutions in Manufacturing Nokia 'self-organising networks software' to enhance network reliability for BT »
Share News tips for the iTWire Journalists? Your tip will be anonymous