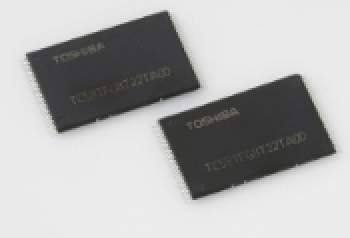 Toshiba has taken a leaf out of Japan’s high density living by stacking 48 layers of flash memory in a 3D array to produce the world’s first 256-Gigabit (32 Gigabytes), 3 bit per cell TLC, 3D, BiCS, flash memory.

Before you start yawning this is pretty spectacular. In the same single chip as before (typically 16GB) you can now get 32GB so space is saved, less power needed, and ultimately chip costs will come down. It is really a boon to scalable, high-density storage for a range of diverse applications, including consumer SSDs, smartphones, tablets, memory cards, and enterprise SSDs for data centres.

"From day one, Toshiba's strategy has been to extend our floating gate technology, which features the world's smallest 15nm 128Gb die3. Our announcement of BiCS FLASH, the industry's first 48-layer 3D technology, is very significant in that we are enabling a competitive, smooth migration to 3D flash memory – to support the storage market's demand for ever-increasing densities," said Scott Nelson, senior vice president of Toshiba America Electronic Components, Memory Business Unit.

Toshiba will work with SanDisk to ship this product in early 2016.

Samsung is not far behind and yesterday announced it had started to produce 256Gb, 3D V-NAND. It’s new flash memory chips utilize the same 3D charge trap flash (CTF) architecture in which the cell arrays are stacked vertically to form a 48-storied mass that is electrically connected through some 1.8 billion channel holes punching through the arrays thanks to a special etching technology. In total, each chip contains over 85.3 billion cells and can store 32GB of data. This chip consumers 30% less than a 128Gb one and is also 40% smaller.

Intel has stated that 10TB+ SSDs will become the norm soon using this new memory. With the cost per bit plummeting expect to see a major fall in SSD prices later in 2016. 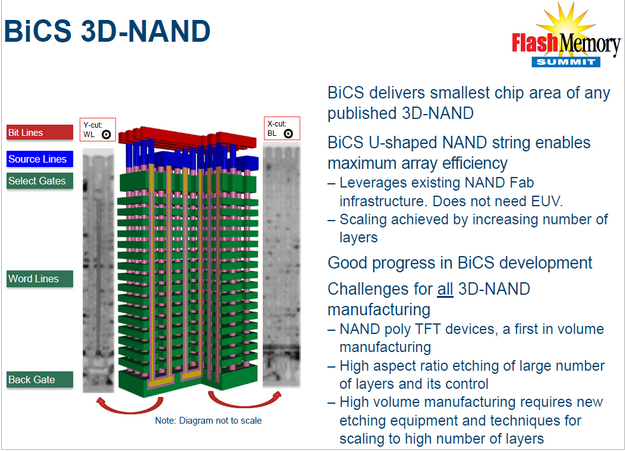 More in this category: « 3D Flash memory to enable 10TB SSD Qualcomm’s Snapdragon 820 runs at ‘ludicrous speed’ and uses less power »
Share News tips for the iTWire Journalists? Your tip will be anonymous