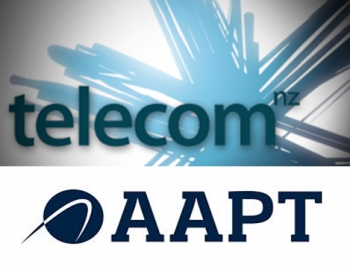 Telecom New Zealand has confirmed the widespread speculation that its Australian subsidiary AAPT is for sale.

It was the worst kept secret of the week. Now it’s official – Telecom New Zealand has released a statement to the Australian and New Zealand stock exchanges confirming it is considering the sale of AAPT

The statement was brief: “In response to media reports, Telecom NZ said today it is considering a possible sale of AAPT. No decision has been made whether or not to proceed.

“As previously announced, Telecom NZ is refining its business strategy to become a future-oriented, competitive provider of communication, entertainment and IT services delivered over its networks and the cloud. The AAPT considerations are consistent with this strategy.

“Telecom NZ will be making no further comment during these considerations.”

It says nothing and it says everything. The speculation and analysis is correct. Telecom NZ is rationalising, and AAPT is unlikely to be part of its future. TPG and Vodafone have been mentioned as potential buyers.

TPG would make sense, but as made no comment. Vodafone Australia CEO Bill Morrow said he had no plans, but told iTWire he would look at it if itmade sense – it could use the backhaul capacity. But he also said that a more sensible backhaul policy from the Government would make more sense.

Announcing Telecom NZ’s disappointing financial results in August, Chief Executive Simon Moutter said the company was charting its new course “in light of explosive growth in demand for data and mobility services, unprecedented change in the structure of the New Zealand industry, and the need to sort out complex business platforms, legacy products and high operating costs.”

It is unlikely Telecom NZ will get more than $400 million for AAPT, after holding out for much more in recent years. AAPT contributed just NZ$74 million of its NZ$1043 million earnings (EBITDA). This figure was down by NZ$10 million over the previous year.

Telecom NZ’s Gen-I subsidiary withdrew from the Australia market during the year, with the remaining Trans-Tasman business transferred to AAPT.

Moutter said Telecom NZ needed to take swift and bold action during the year to become more competitive and reduce costs. They company has cut its workforce by over a thousand staff during the year. As at 30 June 2013, Telecom NZ had a total of 6,622 full-time equivalent employees, a reduction of 16.2% from the beginning of the year and of 12.1% from 31 December 2012.

More in this category: « Will TPG buy AAPT? Telstra wants you to Belong »
Share News tips for the iTWire Journalists? Your tip will be anonymous