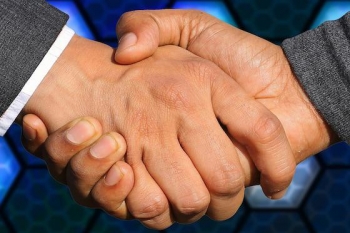 Accounting software provider MYOB has failed to come up with a better deal than that proposed by US-based equity firm KKR last year.

After exercising the "go shop" provisions in KKR's offer, the MYOB board has concluded there is no better deal available.

KKR's offer was to purchase the portion of MYOB that it doesn't already own for $3.70 a share.

In an announcement to the ASX, MYOB said: "The go shop period has ensured a full and fair testing of the proposal and the Directors of MYOB reaffirm their unanimous recommendation that shareholders vote in favour of the transaction in the absence of a Superior Proposal and subject to an independent expert concluding the transaction is in the best interests of MYOB shareholders."

The directors stated, subject to those qualifications, they would all vote all of their MYOB shares, along with any that they control, in favour of the scheme.

A booklet explaining the scheme will likely be sent to shareholders in mid to late March, ahead of a meeting provisionally timed for mid to late April.

More in this category: « BlackBerry completes Cylance acquisition Qlik to acquire Attunity »
Share News tips for the iTWire Journalists? Your tip will be anonymous