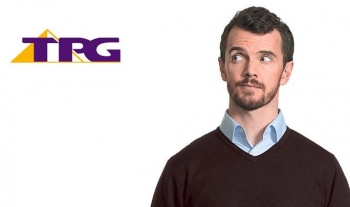 AS the battle over the sale of iiNet to TPG gets ugly, TPG’s CEO has offered to meet with the most vocal critic of the deal, iiNet founder Michael Malone.

TPG Telecom’s proposed $1.4 billion takeover of rival iiNet has become a public slanging match, with critics of the deal questioning whether enough money is being offered and if TPG has the ability to maintain iiNet’s strong customer oriented culture after the deal goes through.

The highest profile critic of the deal is iiNet founder Michael Malone. Malone, who famously founded the company in his parent’s garage in Perth in 1993, who has publicly said that iiNet’s board lacks imagination and should resign if the deal falls through.

His comments come as TPG has announced record financial results (see following article). It is TPG’s financial strength – it has four times iiNet’s market capitalisation on similar revenues – that has enabled the deal.

Responding to media questions after announcing, TPG founder and CEO Teoh said he would be happy to meet with Malone to explain to him TPG’s position and how it would handle the iiNet acquisition.

He told Fairfax’s Business Day that said he acknowledged that iiNet's success was built on strong customer service and had a different market segment to TPG.

"When you look at iiNet, its strong branding is created by the good people, the good team at iiNet and we cannot destroy that. We need that good team of people in place. They have fabulous people in the Cape Town call centre. I think it would be a good alternate site for TPG as well.”

The deal remains one of the key talking points in Australia’s communications industry, with commentators lining up on both sides of the fence. iiNet’s board is recommending the deal, despite some reservations about the extent to which TPG will allow iiNet’s culture to remain.

In a revealing Q&A session with business and communications journalists on Monday, iiNet chairman Michael Smith and CEO David Buckingham admitted they had “no iron-clad guarantee” that things would remain the same, that they had “deep concerns” about the matter, but that they believed Teoh was an astute businessman who could see where iiNet’s value was derived from.

TPG’s strong financials will strengthen its case. Most financial analysts believe the deal makes sense. Whether Michael Malone and the other critics are sufficiently mollified will be revealed when iiNet’s shareholders vote on the deal in June.

TPG yesterday announced another series of record results for half year ended 31 January 2015, Revenues are up 59% to $627 million, boosted by the 2014 acquistion of AAPT. Net profit after tax (NPAT) for the period was $106.7 million, an increase over the first half of the previous financial year of 18%. Earnings before interest, tax, depreciation and amortisation (EBITDA) for the period increased by 43% to $236.2 million. Earnings per share (EPS) increased by 18% to 13.4 cents per share, and the interim dividend per share increased by 22% to 5.5 cents per share.

More in this category: « Yatango to waltz into ASX debut via reverse takeover Troubled Newsat’s shares suspended »
Share News tips for the iTWire Journalists? Your tip will be anonymous