He’s back – Sculley to buy BlackBerry? 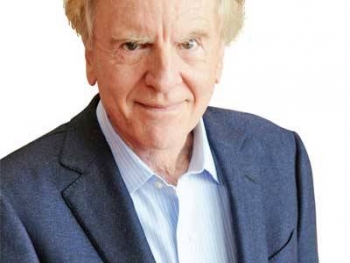 Former Apple and Pepsi CEO John Sculley may be interested in putting together a buyout of BlackBerry.

Leading Canadian newspaper The Globe and Mail has published an interview with John Sculley, who is best known as the former CEO of Apple who forced Steve Jobs out of the company.

Sculley was CEO of Apple from 1983 to 1993. Steve Jobs lured him to Apple from Pepsi with the famous line “Do you want to sell sugared water for the rest of your life, or do you want to change the world?

But he clashed with Jobs, who was sacked by the board in 1985. Sculley himself was given the flick in 1993 after bad financial results, and replaced with Michael Spindler. Spindler lasted less than a year, and came close to selling Apple to IBM. Jobs returned in 1996 when Apple bought his workstation company NeXT.

Sculley has been very active in the industry in the 20 years since he left Apple, as CEO and investor. The Globe and Mail quoted unnamed sources as saying he was putting together a bid for BlackBerry, but in his interview with the paper he would not comment.

But he did say that he was a “long time BlackBerry fan and user,” and he spoke at length about what sort of investors BlackBerry needs. “Whoever takes over BlackBerry needs to have the management experience if they are to have any sort of success turning the company around.

“The only thing I would say is, I think there’s a lot of future value in Blackberry. But without experienced people who have run this type of business, and without a strategic plan, it would be really challenging. Whoever buys it would have to have a strategic plan that was credible and could succeed, and they would want to have an experienced team that would be able to implement that plan.”

But nothing definitive has yet happened. When it does, it is likely to happen quickly.

More in this category: « Microsoft smashes investor expectations Dead as a Dodo – jobs to go in M2 restructure »
Share News tips for the iTWire Journalists? Your tip will be anonymous