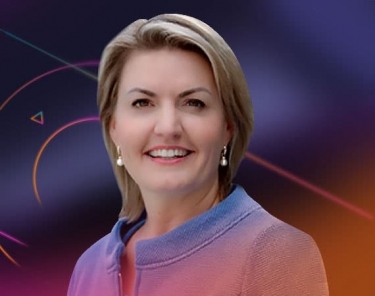 The new region comprises three availability zones – data centres that are sufficiently separated to ensure continuity of operation, while being close enough to provide low latency for applications that use multiple zones for fault tolerance.

It also provides lower latency in general for customers located closer to Melbourne than Sydney.

"We plan to deploy our AWS targeted workloads and applications through the AWS Asia Pacific (Melbourne) Region on day one and want to make it our long-term primary AWS location," said ANZ group executive of technology Gerard Florian.

"The lower latency and higher performance we expect of the new AWS Region in Melbourne will help us improve our customer experience and accelerate our cloud adoption."

RMIT vice president and deputy vice chancellor of research and innovation Professor Calum Drummond said "The launch of an AWS Region in Melbourne gives us the additional capacity to assist researchers, students, and academics to deliver world-class research outcomes that benefit society.

"We recently launched RMIT University's AWS Cloud Supercomputing facility, known as RACE. RMIT researchers are using RACE to advance battery technologies, photonics, and geospatial science. The low latency and high throughput of the AWS Region in Melbourne, combined with our high-bandwidth private fibre network, will enable researchers and students to innovate beyond the limitations of traditional on-premises data centres."

Equinix Australia was among the AWS partners welcoming the announcement.

Managing director Guy Danskine said "Melbourne is building its reputation as a world-class hub for digital business, attracting continued investment in the core infrastructure necessary to compete and thrive as a global city."

"The new AWS Melbourne region ensures its customers now have proximate architectural options modernising their IT infrastructure in a resilient and secure manner, and they can more easily deploy next generation applications which require technology such as machine learning and artificial intelligence."

AWS plans to invest $6.8 billion in Australia by 2037 through the new region.

An economic impact study prepared for AWS estimates that this projected spending will support more than 2,500 full-time jobs at external businesses annually, and will add approximately $15.9 billion to Australia's GDP by 2037.

"Australia has a strong history of technical innovation, and the launch of a second AWS Region in Australia provides even greater resilience and enables more customers to develop cloud-based applications that help fuel economic development across the country," said AWS vice president of infrastructure services Prasad Kalyanaraman.

"The AWS Asia Pacific (Melbourne) Region adds to our ongoing infrastructure expansion and investments in Australia since we launched the AWS Asia Pacific (Sydney) Region in 2012. We are proud to deepen our investment by driving local job creation, building cloud skills, and creating opportunities for growth and collaboration with our local customers and AWS Partners."

I'm excited to announce AWS Melbourne region is here. It will bring cloud closer to our Victorian customers so they can store data securely, be more resilient, and deliver even lower latency. For the AWS Melbourne region, we are investing AUD 6.8 billion into the Victorian economy and support more than 2,500 jobs annually across the broader ecosystem by 2037. At AWS, we're committed to moving Australia forward and are eager to collaborate with you, our customers and partners on this launch.

Victorian Minister for Trade and Investment Tim Pallas said "We know how important access to secure cloud infrastructure is to Victorian businesses, and providing more choice will deliver a boost to the economy, support innovation, and help to create new jobs locally."

More in this category: « Gartner magic quadrant shows same leaders but under the surface it's Oracle Cloud Infrastructure that's gaining
Share News tips for the iTWire Journalists? Your tip will be anonymous