The latest Top500 supercomputer list has been released Featured 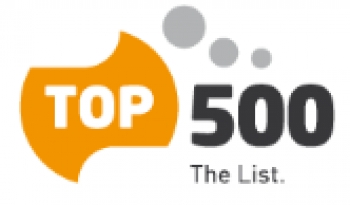 Overnight, at the SC14 conference in New Orleans, the twice-yearly Top500 list was revealed with probably the fewest changes in the top 10 we've ever seen.

The only new entry in the top 10 was the 10th-ranked unnamed machine which began operating at an undisclosed US government location.

The US leads the table with 231 systems, China is second with 61 and Japan third with 32. Australia currently occupies 9th place with 9 entries in the Top500, the leading system being the Magnus unit at the Pawsey Supercomputing Centre in Western Australia occupying position 41 - the primary aim of this facility is to support the Square Kilometre Array radio telescope project in central WA and also in southern Africa. A second unit at Pawsey, Galaxy occupies position 329.

Just 14 units (none of which are in the top 80) run an operating system other than Linux (and all but two of those are AIX).

The oldest computer in the list is Shanghai's Magic Cube which entered the list in 2008 at position 11 and is currently ranked at 360. Magic Cube is also the only machine running Windows.

The compilers of the list noted that performance improvements seem to be lagging the long-term trend-line and the turn-over rate is the lowest in two decades with the 500th computer occupying position 421 in the June 2014 list.

BACK TO HOME PAGE
Published in Development

More in this category: « Autodesk ready to tip US$100 million into 3D printing New Axis Sydney office includes experience centre »
Share News tips for the iTWire Journalists? Your tip will be anonymous