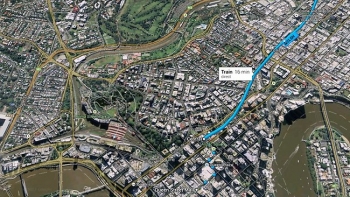 Queenslanders will now be able to find their way around the southeast part of the state a little easier today, with Google turning on its 'transit' function for Google Maps.

“Tourists and visitors to south east Queensland will find this a useful tool, and it continues our promise to reinvigorate tourism which is part of Queensland’s four pillar economy,” said Transport and Main Roads Minister Scott Emerson.

“This is yet another improvement we’ve made to public transport, including halving Labor’s fare hikes for 2013 and 2014, providing free travel after nine weekly journeys and adding 2000 additional weekly services,” he said.

“Simply search for where you want to go and Google Maps will show you how to get there using public transport from your current location,” Nahgdy said.

Meanwhile the Victorian government is currently seeking a vendor to provide real-time bus tracking services in Melbourne, though there's no word on whether Google will make a tender offer.

More in this category: « Qualcomm releases Gimbal to track your shopping habits Seeking $90k to develop wristband mobile alert »
Share News tips for the iTWire Journalists? Your tip will be anonymous