On the shoulders of the Honeywell giant 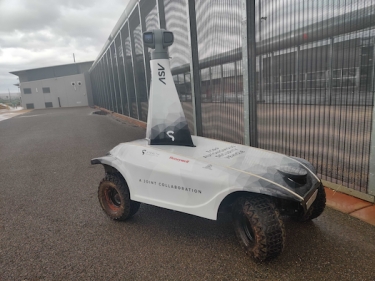 Necessity is the mother of invention, and a popular invention generally sees many claiming parenthood. Indeed, many companies claim that invention or innovation is part of their DNA.

And yes, it is true that an organisation’s culture, even a nation’s culture, can have a strong influence on how innovative its people are. However, while it is romantic to think a company can be a powerhouse of invention, the reality is that in many cases inventions are acquired, not all cooked up at home.

We credit Apple with the invention of swipe and pinch gestures, just as we credit Honeywell with autopilot. They are both impressive companies and invention is in their DNA. Yet some of their greatest achievements are a result of the inventions they bought rather than breed.

My favourite example is the arrival of gesture technology in the iPhone. Most people think this is another example of sheer Apple brilliance. The true story is that in 2005 Apple acquired a tiny company that had been spun out of the University of Delaware called FingerWorks.

FingerWorks had developed a new type of keyboard, one designed for people afflicted by repetitive strain injury (RSI), including one of the founders. FingerWorks products were designed to require zero force and had pads that allowed for gestures to be used.

One day an Apple employee who had RSI took her FingerWorks keypad to work. Two years after the acquisition of FingerWorks the iPhone was launched. The rest is history, but it is worth noting that the FingerWorks’ patents are some of the most valuable ones Apple holds.

The flip side of this story is that FingerWorks sees its technology come into the mainstream by effectively being elevated to the shoulders of a giant, Apple.

The FingerWorks story has been on my mind lately as I’ve been working with an Australian university that has an excellent capability in disability and rehabilitation, and assistive technology is running very hot around the world.

So, when I visited a Honeywell User Group demonstration this week, some of the things that caught my eye were technologies that Honeywell had acquired or was being developed in collaboration with other companies. Who was Honeywell elevating to its shoulders?

The US giant is in a collaborative development arrangement with the ASX-listed Strategic Element’s AI and robotics company Stealth Technologies. The project is an autonomous security vehicle (ASV) that is currently patrolling the perimeter of a regional prison in Western Australia.

The ASV has the smarts you might expect, like autonomous driving, computer vision, robotic abilities, and various elements of AI, such as face recognition. Perhaps most importantly, the ASV seamlessly integrates with Honeywell’s facilities management technologies, which in a prison or other high-security environment, are state-of-the-art. And that’s how the shoulders of giants scenario works. Would Stealth Technologies have easily gained access to a prison system under its own steam? Possibly, but not as easily as it has with Honeywell vouching for them. And that’s just the beginning, as Honeywell is deeply embedded in facilities management around the world.

Honeywell was introduced to Sine by a client, which was lucky, given the paucity of software scouts in South Australia.

So, to go full circle on this, Honeywell claims that it invented autopilot, and the claim is fair enough in the sense that it acquired Sperry Autospace Group in 1986, and has presided over massive advances in autopilot technology ever since.

To my mind, as much as Honeywell invests big time in its own R&D, the acquisition and collaboration stories are fascinating. They are about chance meetings and networking. They are about the willingness of a massive multinational to look out for innovators and having the know-how to scale innovations through its own distribution systems.

Luck has a lot to do with networks. Had that Apple employee not taken her FingerWorks keyboard to work that day BlackBerry might still be the phone of choice for business executives.

Michael Parker attended the User Group as a guest of Honeywell

More in this category: « Thoughtworks XConf Australia to hit three capitals from 16-23 August Newly-formed Lenovo PCCW starts operations »
Share News tips for the iTWire Journalists? Your tip will be anonymous