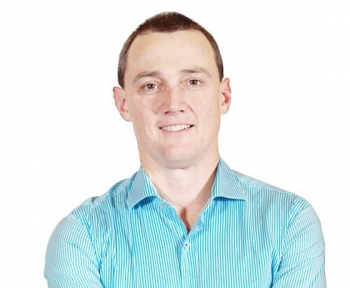 The idea behind Lakeba's Future Hub is to combine the company's technology skills with expertise from financial, legal and other relevant specialisms.

A number of projects are already underway in various industries, said Younger, but not many are at the stage where the parties can be identified.

Examples include financial services (using blockchain to avoid pay-slip fraud), health (attesting to the authenticity of laboratory results), agriculture (protecting data from IoT devices), supply chain (validating goods or services), energy (to provide proof that a retailer has purchased as much green energy as it claims to have delivered to customers), and the intersection of investment and tourism (granting investors tokens representing their share in a resort, and then allowing those tokens to be used as currency at the resort).

Projects and use cases vary, Younger told iTWire, but an important part of Future Hub's purpose is to help people find situations where there is a real business case for blockchain.

For example, proofs of concept developed with a large retailer led to the conclusion that the technology wasn't a good fit for those particular cases.

Even when the technology itself is appropriate, taxation, legal or regulatory issues may get in the way.

One project that has been made public is a partnership with auction-style loans and deposits marketplace Lodex. Announced last week, the idea is to use blockchain to directly connect borrowers and lenders though a service called Blockloan.

"With the support of Grant Thornton’s technology industry team, the Future Hub will be greatly strengthened with the proven taxation authority and accounting governance leadership Grant Thornton brings to the table," said Lakeba Group founder and chief executive Giuseppe Porcelli.

In April this year, Lakeba formed a partnership with Macquarie University to provide students with practical exposure and active involvement in blockchain developments as part of the university's professional and community engagement program.

Around the same time, IOT Group's IOT Blockchain Advisory Service partnered with Lakeba with an eye towards applying blockchain to the energy sector, in particular to allow consumers with rooftop solar to trade power with their neighbours.

More in this category: « Tyro is the first Australian bank to integrate with Alipay Business Agility Institute launches inaugural Australian Conference »
Share News tips for the iTWire Journalists? Your tip will be anonymous