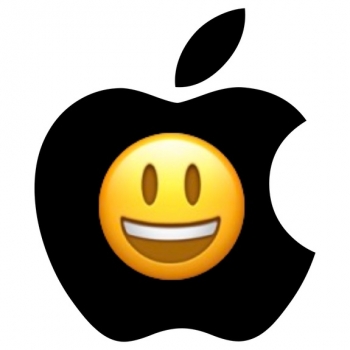 If you're an Apple doomsayer, the company keeps playing you like a fiddle with its stellar results, unparalleled product line, app and hardware ecosystem, high quality customers and meaningful profits that propel the company and its users forward.

Do you read articles proclaiming doom and gloom for Apple? Aren't you sick of reading such garbage day in, day out, month in, month out, quarter in, quarter out, year in, year out, decade in and decade out?

Apple is the most successful technology company of all time, and despite being 40 years old, is still at the beginning of the true technological revolution, given we are still in the B&W era of true modern technology, especially when you read what is coming via the realms of science fiction.

After all, it was only 12 years ago that the first iPhone emerged, with the mobile phone era easily divided between the pre-iPhone era, and the 12 years we've enjoyed after its arrival.

With such success comes incredible hate and jealously by small minded types, as seen by a never-ending flood of click-bait Apple articles, mostly negative, from the usual suspects who know better but write rubbish anyway. Shame on them!

So, what are Apple's latest record-breaking results?

Well, Apple has announced financial results for its fiscal 2019 third quarter ended June 29, 2019, and reports "quarterly revenue of $53.8 billion, an increase of 1% from the year-ago quarter, and quarterly earnings per diluted share of $2.18, down 7%. International sales accounted for 59% of the quarter’s revenue".

Apple CEO Tim Cook said: "This was our biggest June quarter ever — driven by all-time record revenue from Services, accelerating growth from Wearables, strong performance from iPad and Mac and significant improvement in iPhone trends.

“These results are promising across all our geographic segments, and we’re confident about what’s ahead. The balance of calendar 2019 will be an exciting period, with major launches on all of our platforms, new services and several new products.”

“We returned over $21 billion to shareholders during the quarter, including $17 billion through open market repurchases of almost 88 million Apple shares, and $3.6 billion in dividends and equivalents.”

Apple has provided the following guidance for its fiscal 2019 fourth quarter:

Apple reports its board of directors "has declared a cash dividend of $0.77 per share of the Company’s common stock. The dividend is payable on August 15, 2019 to shareholders of record as of the close of business on August 12, 2019".

More in this category: « Fujitsu to deliver Australia’s ‘most powerful’ new supercomputer FULL LAUNCH VIDEO: CommBank launches major 4.0 upgrade to its banking app »
Share News tips for the iTWire Journalists? Your tip will be anonymous