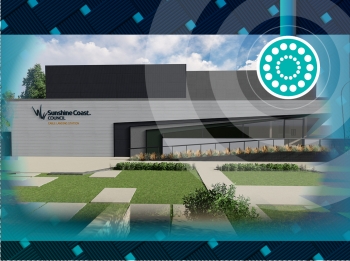 Australian-based critical infrastructure company Vertiv has been awarded the contract to design and construct the Sunshine Coast submarine cable station.

The Sunshine Coast at Maroochydore will be the landing point for the submarine cable which is designed to help deliver Australia’s fastest data and telecommunications connection to Asia and the second fastest to the US.

Vertiv was appointed following a tender process and has committed to maximising the use of locally based contractors throughout the project.

The $6.6 million cable landing station will house the terrestrial connection point for the submarine cable with landside networks and will be designed to accommodate up to four submarine cables if required.

The station is funded from the $35 million total budget for the Sunshine Coast International Broadband Submarine Cable project.

In September, Sunshine Coast Council announced it would partner with RTI Connectivity to lay a 550km undersea fibre optic cable to connect the Sunshine Coast to the 9600km Japan-Guam-Australia South submarine cable currently being delivered by a consortium led by RTI-C.

At Guam, the JGA-S cable will connect to the SEA-US Cable System, which will forge connections between South-East Asia and the US for more than 1.5 billion people.

The Sunshine Coast Broadband Submarine Cable Project is forecast to deliver up to 864 new jobs and stimulate $927 million in new investment in Queensland.

Sunshine Coast Council mayor Mark Jamieson said council was the first local government in Australia to secure an investment in an international submarine cable and looked forward to Vertiv’s involvement in the project.

“Our Sunshine Coast is fast becoming a digital leader and the submarine cable network will help to position our region as a key digital trading location from Australia," he said.

“We welcome Vertiv’s role in helping us deliver Australia’s fastest broadband connection to Asia from our healthy, smart, creative region.

“Council has developed a reputation for securing great prospects for the Sunshine Coast and delivering what we say we are going to do.

“Today’s commitment with Vertiv helps us to ensure the delivery of the international submarine cable connection is on track to be operational in 2020.

“Unlike traditional cable landing stations that are normally anonymous non-descript buildings out of view from the general public, our landing station will be designed to reflect the vision for the Maroochydore city centre.

“The international broadband submarine cable project will help transform the Sunshine Coast economy and open up enormous opportunities for Queensland.”

More in this category: « Switch Media, Telaria collaborate on advertising for OTT streamed content E-commerce provisions in new trade deal claimed to be good for all »
Share News tips for the iTWire Journalists? Your tip will be anonymous