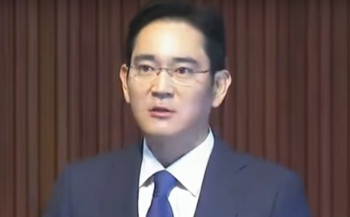 Prosecutors in the trial of Samsung Group's de facto leader Lee Jae-yong have demanded that he be jailed for 12 years for his alleged links to a corruption scandal that led to the ouster of South Korea's former president Park Geun-hye.

The court will give its final ruling in the case on 25 August. The case ended on Monday and Lee can be detained, pending a ruling, until 27 August, The Wall Street Journal said.

A report from the South Korean news agency Yonhap said the Samsung conglomerate, the largest in the country and one that accounts for almost a third of the value of the stock market, had not made a single statement during the trial.

Lee, 49, has been in jail since February after being charged with providing about 43.3 billion won (US$38 million) to Choi Soon-il, a confidante of Park's, as a quid pro quo for the state pension backing the merger of two Samsung units in 2015.

The only son and heir to Samsung chairman Lee Kwun-hee, Lee has more or less run the company after the elder Lee was taken to hospital following a heart attack in 2014.

Yonhap said some industry watchers were of the opinion that the jail term sought by the independent counsel was more than predicted; back in 2007, a seven-year term and a fine of 350 billion won was sought against the elder Lee after he was charged with setting up a slush fund.

But it added that others felt the jail term sought was reasonable given that it had been alleged that Lee secretly sent 7.8 billion won to Choi's company in Germany, an offence that could earn a 10-year jail term.

In an unrelated development, police carried out a raid on a management office for family-owned Samsung residences in Seoul. This was in connection with a probe into allegations of misappropriation of funds and tax evasion during renovations of the residences between 2008 and 2015.

More in this category: « HT&E, Gfinity team up on esports initiative TechOne says it has beaten SaaS record »
Share News tips for the iTWire Journalists? Your tip will be anonymous