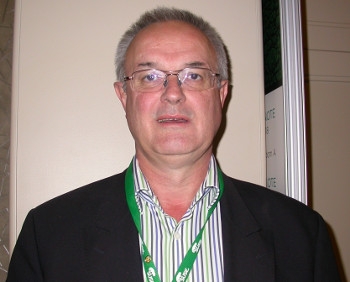 British computer company Micro Focus has acquired the software arm of Hewlett Packard Enterprise in a deal estimated to be worth US$8.8 billion.

This is the third acquisition by Micro Focus since late 2014 when it bought The Attachmate Group which included Novell, SUSE Linux and NetIQ. This year, Micro Focus bought Serena Software for US$540 million.

It is the biggest buy by a tech company in the UK and is expected to close in the third quarter of 2017.

Micro Focus is valued at £4.5 billion on the London market. The company will fork out US$2.5 billion in cash and give 50.1% of its stock to HPE shareholders under the deal.

The company's executive chairman Kevin Loosemore said in a media release: "Today’s announcement marks yet another significant milestone for Micro Focus and is wholly consistent with the long-term business strategy we have been pursuing to be the most disciplined global provider of infrastructure software.

"The proposed merger with HPE Software is consistent with our recent acquisitions of Serena Software and the Attachmate Group.

"The combination of Micro Focus with HPE Software will give customers more choice as they seek to maximise the value of existing IT assets, leveraging their business logic and data along with next-generation technologies to innovate in new ways with the lowest possible risk."

HPe chief executive Meg Whitman said: "We believe that the software assets that will be a part of this combination will bring better value to both our customers and shareholders as part of a more focused software company committed to growing these businesses on a stand-alone basis."

The two companies have also named SUSE as HP's preferred Linux partner, using SUSE’s OpenStack expertise around HPE’s Helion OpenStack and Stackato Platform-as-a-Service solutions. The specifics of the commercial partnership are yet to be defined.

"We are excited now to explore new ways of expanding upon that with a commercial partnership focused on areas such as cloud computing, software-defined networking and application platforms. The combination of SUSE’s open source expertise and OpenStack capabilities with HPE’s Helion and Stackato offerings can create best-in-class enterprise solutions for our mutual customers."

The assets that Micro Focus will acquire include what remains of British company Autonomy, a purchase made by HPE in 2011.

HPE has an ongoing fraud suit against the chief executive of the company Tom Lynch and its chief financial officer Sushovan Hussain over claims that they overvalued the company. The two deny the claims.

HPE paid US$10.3 billion to buy Autonomy, months after Oracle had turned down a suggestion to buy the company for half that amount.

More in this category: « Australian-developed solution deployed in fight against deadly oyster disease Intel spins out security business - McAfee's back! »
Share News tips for the iTWire Journalists? Your tip will be anonymous