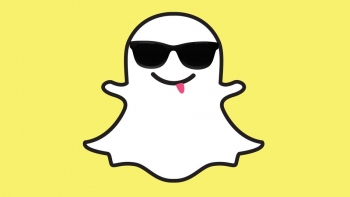 Facebook reportedly offered one billion dollars in a bid to acquire massively popular photo-sharing app Snapchat, as it looks to capture the fledgling yet lucrative teenage market.

The Wall Street Journal first reported the offer, noting that Snapchat CEO Evan Spiegel reportedly turned it down though sources did not specify when the offer took place.

Facebook paid one billion dollars for Instagram last year, and as a further point of comparison Twitter, now considered an essential media tool, has filed an IPO that values the company at around US$11 billion.

Mashable reported the deal "could help bolster Facebook's staying power", as it struggles to hold onto users who are tired of blogging about their lives and instead preferring to share photos via mobile apps.

Facebook launched an app earlier this year called Poke, which is extremely similar in functionality to Snapchat but thought to have only a tiny fraction of its download numbers. Snapchaat users send 350 million photo messages every day.

As we reported back in August, Facebook is in danger of "losing its cool", with some teenagers deserting the service for more popular social networks like Tumblr and Instagram.

"Facebook is losing teens lately, and I think I know why," 13 year old girl Ruby wrote.

"Part of the reason Facebook is losing my generation's attention is the fact that there are other networks now. When I was 10, I wasn’t old enough to have a Facebook. But a magical thing called Instagram had just come out ... and our parents had no idea there was an age limit. Rapidly, all my friends got Instagrams."

Ruby said Facebook is useless without friends to interact with.

With thanks to The Wall Street Journal.

More in this category: « NEC to create indigenous apprenticeships Telstra takes NBN Co to court »
Share News tips for the iTWire Journalists? Your tip will be anonymous