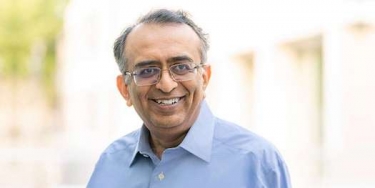 Broadcom's intended acquisition of VMware is by now well known, but what does it mean for VMware’s future? VMware CEO Raghu Raghuram shed some light at VMware Explore in Las Vegas earlier this month.

Firstly, Raghuram explained, that the acquisition has been cleared by both companies and is expected to proceed. Right now, it is subject to regulatory approval and the businesses, along with Raghuram and Broadcom chairman and CEO Hock Tan, await the outcome of this.

However, logistics aside, what does it mean? Some concerns have surfaced online that Broadcom will tie VMware into Broadcom hardware, and remove its accessibility and availability on other platforms.

This could not be further from the truth, Raghuram said. “Together, Broadcom and VMware will help enterprises accelerate innovation and expansion,” he said.

It won't be from a synergy acquisition, though, “but for Broadcom to become a leader in software, as much as they are a leader in silicon,” Raghuram said.

In fact, Broadcom's journey into being a software market leader began with its acquisitions of CA and Symantec, and the intention of the VMware acquisition will be to roll up those software operations under VMware.

This means Broadcom "will have market leadership in semiconductors and software,” he said, adding that “both are agnostic to the ecosystems underneath. Both businesses supply everywhere. Neither sells systems or run clouds.”

In fact, "VMware has been owned by a server company before,” Raghuram noted, speaking of its time under Dell. “So why would it be different this time? Our past history should give assurance.”

Raghuram also noted VMware's partnerships with other organisations would continue. For example, a “good chunk of VMware customers store data on-premises and use NetApp to move data more easily. A big part of moving apps is moving data, and our partnership with NetApp is intended to help make that go faster.”