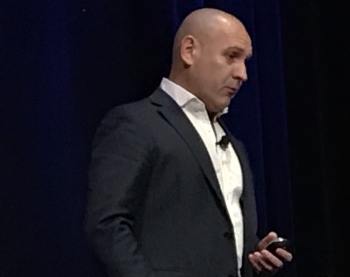 Traditional marketing (eg, segmentation and campaigns) wasn't working for HSBC Australia or its customers, according to head of data, analytics and decisioning Fabian Abacum, so a new approach was required.

Part of the problem was that overexposure and irrelevant messages had trained customers to ignore communications from the bank.

Another issue was that HSBC wasn't responding to important clues provided by customer transactions.

"There's no longer a place for these rude 'push' kinds of marketing," he told an audience at Pegasystems' recent conference.

So the bank set out to get to know its customers as individuals, continuously and dynamically tailor content to their context and preferences, and adapt to and learn from their needs.

The idea was to use Pegasystems' software to interpret on and offline events as indicators of need, identify the next best conversation to have with the customer based on those indicators, and communicate in the best channel.

This approach requires several things, including a single view of the customer (including a unified transaction history), consistent offers, and omnichannel strategies and models.

The Pega Customer Decision Hub was selected due to its AI and omnichannel capabilities, he said.

The project went live in conjunction with internet banking six months after a request for proposal, but could have been done in just three months, Abacum said.

Although the bank had plenty of ideas for deploying the technology in other areas, it chose to use it just with internet banking for a year.

In 2017, Customer Decision Hub was integrated with the branch network, the contact centre, and SMS and email messaging.

The following year brought improvements to the capability to recommend the next best actions, and 2019 has already seen the introduction of adaptive models. Integration with the HSBC mobile app should be delivered by the end of the year.

Plans for 2020 include realtime (rather than just batch) feeds from transactional systems.

The system can provide indications of a customer's propensity to churn, propensity to purchase particular products, and an estimate of their lifetime value, as well as recommending the next best action (ie, of the hundreds of messages that could be delivered to the customer, which one is likely to be the most effective).

For example, based on the available information it might trigger the display of a particular ad when the customer visits the bank's web site, send an outbound lead to their relationship manager, and – in the event they phone the bank – alert the agent to relevant matters.

There are some compliance issues in that personalised messages aren't viewed the same way as generalised messages such as those displayed in branches, but "the response from customers has been good," said Abacum.

"We know it works," he said, because of the incremental growth seen since the system was introduced. It has always been profitable, he added.

However, he noted that managers don't just want to see numbers showing that such a system is working, they want stories about how it works.

Disclosure: The writer attended PegaWorld 2019 as a guest of the company.

BACK TO HOME PAGE
Published in CRM
Tagged under

More in this category: « Pegasystems adds AI options to Customer decision hub Pega central to CBA customer conversations »
Share News tips for the iTWire Journalists? Your tip will be anonymous