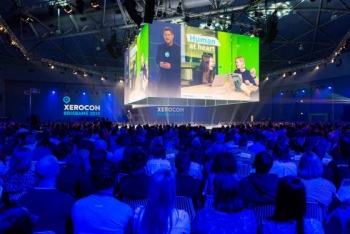 Cloud accounting provider Xero has used its Xerocon Brisbane 2018 conference to announce a wave of new products and features.

The new Xero features and updates will appeal variously to business users or their accountants and bookkeepers.

● The invoicing function has been completely rebuilt, according to vice-president of products and alliances Herman Man. It follows Material design principles, and applies machine learning to simplify and accelerate the process by automatically completing most of the invoice based on previous entries, so users don’t have to enter common inventory items or accounting codes. The updated invoicing module will be available by the end of the year.

● Xero's email-to-bills feature is being expanded to extract and automatically populate selected details (including supplier, amount, due date, and reference) from any emailed PDF bill into Xero, reducing the data entry load. Previously this feature only worked with bills received from other Xero users. The image of the bill and the generated transaction are displayed side by side, giving the user an opportunity to check the details and enter any fields that are not currently recognised, such as item descriptions.

The improved email-to-bills feature is currently in beta, and should be available to Australian users in November.

● Xero's mobile apps will benefit from 20 major improvements, including the ability to manage bills and invoices, and the display of profit, income and expenditure figures on the dashboard.

● Activity statements can now be lodged with the ATO directly from Xero. This new capability is being phased in, starting with Xero partners who attended Xerocon, followed by other partner practices, then clients invited by partners, and finally users in general. A new "Submit BAS" user permission has been added to support this function.

The company says bringing BAS lodgement inside Xero can reduce lodgement times from an average of 1.4 hours to less than just minutes each month or quarter. Businesses can lodge their own returns, or leave it to their advisors.

The feature is available at no extra charge to Australian Xero subscribers who have BAS.

"Government compliance is an important part of any business but it shouldn’t be a source of pain and frustration," said Xero Australia managing director Trent Innes.

"By bringing the ability to lodge statements and payroll reports directly into the Xero platform, we can empower our partners and their clients to meet their obligations quickly, across a single ledger that gives them one source of truth for all their payroll, tax and financial information."

● ETP processing with automatic lodgement to the ATO is now live. This has been the "most requested feature," according to national partner director Rob Stone.

● Bank payments. A new API — which will initially be used by National Australia Bank — makes it possible to trigger a payment from within Xero rather than exporting and uploading a transaction list. This approach is simpler, more secure and more scalable, observed Man. It will also allow users to check the status of payments. This feature will be available in early 2019. 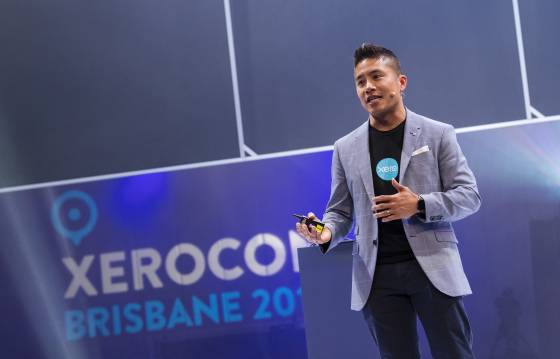 ● Bank feed API. Previously, bank feeds have been implemented by Xero. The company will continue to "build to the banks," said Man, but the new API will allow banks to build to Xero. Man told iTWire that he expects this feature will mostly be used by small banks (especially in the US, where there are more than 8000 banks) and by fintechs.

● Automated bank rules. Xero already supports bank rules, but users will be given the option of having them automatically applied. This feature will go into beta later this year,

● Xero Payroll now allows the bulk upload of employee information from files such as spreadsheets, providing a "really easy, really simple interface," according to Man.

● Single Touch Payroll – Xero started the rollout of STP support to selected customers on 1 July, with a deferral to 31 December. The company haas been "delighted" with the stability of its own and the ATO's systems, said Stone, and so the feature is now available to all clients.

"Single Touch Payroll is a major leap ahead in the move to a digital system of record for small businesses, making it more efficient for business owners and advisors to work from a single ledger, said Innes.

"We're making it easier for businesses to meet their compliance requirements and build a better digital infrastructure that helps create a frictionless economy where small businesses can thrive."

● The Xero app marketplace provides a new way for advisors to get curated app recommendations for their clients.

"More than a decade ago, we began building a cloud accounting platform that would revolutionise how small businesses, accountants and bookkeepers run their operations. The new products and features announced at Xerocon Brisbane show the next stage of our growth: moving from an counting software provider into a true small business platform that helps business owners save time, gain control, and focus on growing," said CEO Steve Vamos.

"These tools will also help our champion accountants and bookkeepers grow their practices, making it easier and more efficient to serve their clients, and helping them add value in entirely new ways."

Xero now has nearly 1.4 million users in 180 countries. The overwhelming majority are in Australia, New Zealand, the UK and the US.

The writer attended Xerocon as a guest of the company.

BACK TO HOME PAGE
Published in Cloud Accounting
Tagged under

More in this category: « Xero adds GoCardless integration FinancialForce – ERP enters the era of the customer »
Share News tips for the iTWire Journalists? Your tip will be anonymous