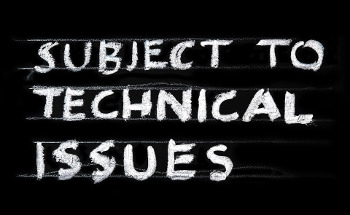 Technical issues caused flight delays at Sydney Airport from about 5am today, with flights unable to leave and few able to arrive.

Airservices Australia said that the technical issue — which it did not specify — had been fixed by about 9.30am AEST.

The technical issue @SydneyAirport has been addressed, we are now working to resume to normal operations and clear the backlog of flights.

However the backlog of flights now had to be cleared, the company said in a tweet.

Fairfax Media reported that the problem related to the flight planning system without which air traffic controllers cannot distinguish one plane from another.

The delays are expected to have a knock-on effect at other airports in the country.

Backlog is now starting to clear from #SydneyAirport
That's going to have one hell of a flow on effect during the day.#Sydney pic.twitter.com/nQGlrqZ1S1

Commenting on the incident, Matt Kates, ANZ country manager for disaster recovery software provider Zerto, said with outages in various industries increasing in frequency and severity due to hardware failures, software upgrades, human error and power outages, organisations all around Australia were struggling to respond to the skyrocketing demand for "24/7 - always on" IT services.

"The assumption that 'I won't be affected by an outage' no longer holds true," Kates told iTWire. "Any organisation is at risk of service interruption. Often when an outage or service interruption happens it's too late; and the damage done is often more costly than the cost of potential fixes. No longer is the damage just financial, these outages can also severely impact an organisation's brand and reputation."

He said according to Gartner, the average cost of IT downtime was $5600 per minute and as much as $540,000 per hour at the higher end.

"As the disruption at Sydney airport has shown today, organisations need to be prepared for disruption. Organisations cannot accept hours or even days of data loss and downtime in this 'always on' economy, which is why traditional back-up technologies are falling short," Kates said.

"Organisations should instead think about holistic resilience. As a part of that strategy, continuous data replication is critical, capturing every change, every second and allowing for fast recovery - most times within minutes of an outage. Often in our experience, the cost of investing in a truly resilient disaster recovery platform is exponentially less than the cost of having to fix the situation after the fact."