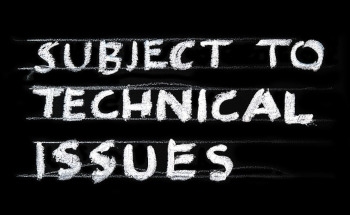 Global retail giant Amazon experienced problems with its retail website on its Prime Day, the company's made-up holiday in July meant to boost sales, because of problems in migrating from Oracle's database to its own technology.

A report from CNBC, which obtained an internal Amazon report, said the incident showed that Oracle's software was superior to what Amazon had deployed in some respects.

It said the website glitches experienced on Prime Day came at a time when the company was also trying to hose down an issue at one of its bigger warehouses in Ohio. Together, these led to thousands of deliveries being delayed.

The report obtained by CNBC, running to 25 pages, showed that Amazon's technical staff struggled to find out the root cause of the issues on Prime Day.

Last year, an error by a member of its technical staff caused Amazon Web Services to go down. The company said at the time that the S3 team was attempting to debug an issue that caused a slowdown in its billing system when one of its technical staff ran a command that was intended to remove a few servers from one of the subsystems used by the S3 billing process.

CNBC said Amazon also failed to come up with a contingency plan in the event of any error in its replacement database, which is the open-source PostgreSQL software, sold by a company known as Aurora.

One of the questions in the Amazon technical report obtained by CNBC asked the engineers why the database system had not failed during the previous Prime Day when it was running on Oracle. They said that Oracle and Aurora PostgreSQL handled savepoints differently.

An Amazon spokesperson attempted to play down the issue and even claimed there was no outage, even though the report that CNBC obtained said that the "degradation resulted in lags and complete outages".

CNBC said 13 warehouses had moved from Oracle to PostgreSQL before Prime Day. It said the Amazon report cited delayed deliveries for 15,000 packages and about US$90,000 in wasted labour costs.