Virtustream is a key part of Dell's IoT strategy 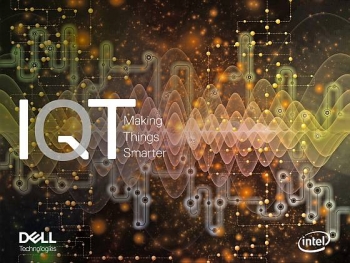 Virtustream's enterprise cloud can play an important role in IoT deployments, according to a company executive.

A large proportion of cloud deployments have been about delivering an amazing customer experience, he said, but the technology hasn't been so good from other perspectives.

For example, data sovereignty — whether driven by self-imposed policy or by regulation — has been a stumbling block for cloud adoption. But Dell's approach, which includes provision for federated analytics, can overcome that.

In addition, "IT isn't IT any more – it's the business". So instead of being centrally managed and funded, IT projects increasingly draw from multiple pots of money around the organisation. For instance, a soft drinks manufacturer wants customers to arrive at its fridges and find the type of drink they want, of the right size and at the right temperature. This impacts on marketing, distribution/logistics and manufacturing, and requires near real-time data from the fridges, as well as external data such as weather forecasts.

Dell's culture concerning open ecosystems helps make it an attractive vendor in such situations, Walsh suggested. While the company can provide most of a solution apart from the sensors and other things — and its products are engineered to be "better together" — the presence of VMware and Boomi within the Dell Technologies portfolio provide ways of incorporating other vendors' products where required by a customer.

And in recent years Walsh has seen many examples of customers starting to build their own private clouds and then reversing that decision and going with Virtustream instead when they discover the job is harder than expected, especially with regard to maintaining interoperability.

But Dell Technologies can eliminate that integration headache and provide "best of breed technology as a bundle" which reduces the time to value. Virtustream's enterprise cloud with other Dell products at the edge and in the distributed core is a powerful one, he suggested.

Disclosure: the writer attended Dell's IoT Day in New York as a guest of the company.

More in this category: « Dell ramping up IoT efforts IoT is marching ahead in APJ »
BACK TO HOME PAGE
back to top