Internet favoured over TV as Australia’s main source of news 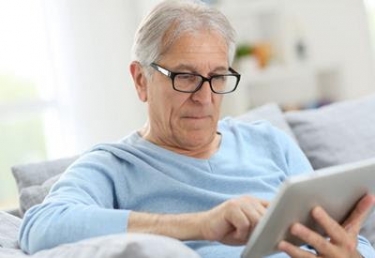 The Internet has overtaken TV as Australia’s main source of news over the last two years, with over 12.7 million Australians (60.8%) now sourcing their news from the Internet - an increase of 1.4 million since 2018, according to new research.

The latest survey from Roy Morgan also shows that of those Australians who nominated the Internet as their main source of news, nearly 7.9 million - or 37.7% - specifically nominated Social Media as their prime source.

However, while the Internet is the main source of news for Aussies, TV is still regarded as the most trusted source of news, nominated by nearly 7 million Australians (33.4%) – ahead of any other forms of traditional or digital media.

Other traditional media used widely as main sources of news include radio, nominated by 8.7 million Australians (41.9%).

The survey shows that the Internet is split between several different channels including news or newspaper websites/apps, social media, news feed sites such as Google News, Apple News, Feedly and email subscriptions or updates.

“As the world increases its levels of digital communication, one could be forgiven for thinking ‘traditional media’ is being left behind,” said Roy Morgan CEO Michele Levine.

“However, the latest research from Roy Morgan, which specifically focuses on the use of, and trust in, news sources clearly shows that TV remains Australians’ most trusted source of news – and while the internet is now the most common source of news for Australians, TV is still one of Australians’ main sources of news.

“Additionally, large portions of the population continue to rely on radio and newspapers for their news.

“The proliferation of new digital media such as ‘social media’ in recent years coupled with the era of ‘fake news' has put a premium on ‘trust’ in media. Traditional media channels such as TV, radio, and newspapers that have built a high degree of trust over many decades do retain an advantage against new digital media. However, over the last two years Roy Morgan has revealed Internet channels are increasingly being relied upon to provide trusted sources of news.”

Levine said that although younger generations have a “higher degree of trust in the Internet including social media, 42% of 25-34yr olds and 36% of people under 25 trust the internet as a source of news compared to only 16% of 50-64yr olds and just 8% of people aged 65+, indications are that the level of trust in media generally is set to remain under pressure”.

“In this challenging environment with Australians looking for the truth about the latest developments concerning COVID-19, government enforced lockdowns and the search for a vaccine to deal with the pandemic it is crucial for traditional media brands which have established their online presence to maintain and develop the trusted relationship their audiences have with those brands," Levine concluded.