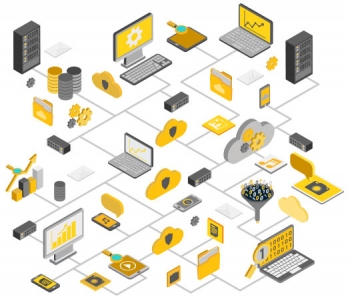 A new survey suggests consumers need to give more thought to the security implications of connected devices.

Norton by Symantec surveyed more than 5000 consumers from Australia, the US, UK, Canada and Japan about their fears concerning the "connected world" and the Internet of Things.

A total of 66% of Australians do not have security software on their smartphones and 33% don't even take the basic precaution of setting a password or PIN, yet 61% said the prospect of their financial and banking information stored on their phone being hacked is upsetting.

And only 7% said there was nothing a hacker could take from their phone that would upset them, even though this includes text and voice messages, pictures and videos, and access to mobile app-controlled home security cameras and appliances.

"There is a general lack of security awareness amongst consumers when it comes to managing IoT devices from mobile apps. Getting hacked is not something consumers worry about with the devices they use to monitor their children, lock their front doors or manage their entertainment systems," said Norton by Symantec's Pacific region director Mark Gorrie.

"Most of the research into attacks on IoT devices has focused on attacking the device directly, but there is another way these devices are at risk: many IoT devices are controlled by mobile apps and by not protecting these apps, Australians are leaving the door wide open for hackers."

Norton by Symantec's recommendations are the usual ones, including:

• Use a reputable mobile security app

• Use WPA2 when connecting devices to Wi-Fi networks, or better still use a wired network connection

• Disable device features that you don't use

"The solution is not to panic, nor is it to stop using these devices. Mobile apps and IoT devices aren't going away but there are some simple, best practices Australians can adopt to keep their IoT devices and mobile apps secure," said Gorrie.

Norton by Symantec currently offers a one year subscription to Norton Security Premium for three or five devices (any combination of Windows, OS X, iOS and Android) for $89.99. This offer runs until 15 June. Regular prices are $99.99 and $129.99 a year, with a single-computer (Windows or OS X) subscription costing $59.99.

Published in Internet of Things
Tagged under

More in this category: « Data-Centric security for IoT Internet of Things devices to overtake number of mobile phones by 2018: Ericsson »
back to top