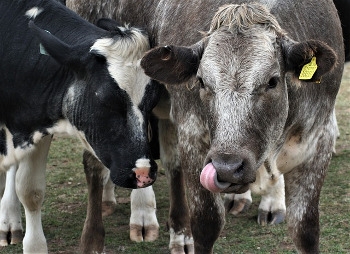 A company known as Borderless Cattle Australia plans to give restaurants and consumers in China the ability to own and trace Australian cattle, sell or share them with friends and obtain advice from top chefs and nutritionists.

The firm will use a suite of technologies to achieve these ends: drones, Internet-of-Things devices and blockchain.

Borderless Cattle Australia is a part of the Borderless Healthcare Group. The founder and executive chairman of BHG, Dr Wei Siang Yu, said: “We are creating an engaging platform for restaurants and consumers to grow and develop a beef sharing marketplace.

"Members can invite friends over to their homes to take part in workshops and even resell part of their beef, driving social networks and a small business economy, and creating an unprecedented opportunity for Australian cattle producers.

“Certain lifestyle stages such as pre-pregnancy, pregnancy, parenthood, and chronic disease are driving a new protein boom in China, along with a desire for healthier and better-quality food beyond the typical supermarket experience. Australia’s stringent standards for cattle production align with this growing need."

A statement from Borderless Cattle Australia said by using "a smart TV platform called Foodsmart.life, members could access recipes, conduct interactive cooking workshops with celebrity chefs from around the world and connect with nutritionists and health advisers".

All sessions will be supported by a multilingual food concierge.

Apart from this, each animal owned by a member will be represented by several hundred boxes of "virtual beef". A member can use the Foodsmart.life platform as a business tool to share or sell portions to other consumers six to nine months prior to slaughter.

The expected start date for the project is July. Deliveries will available to more than 300 cities across China.

"Initially, Borderless Cattle will accept orders from restaurants, which will be required to order a minimum of five cattle. Borderless Cattle anticipates having 500 restaurants or corporate members in its first year. The programme will be extended to individual members at a later date," the company statement said.

More in this category: « Global call for better consumer protection online Arm to use Nvidia's deep learning platform »
BACK TO HOME PAGE
back to top