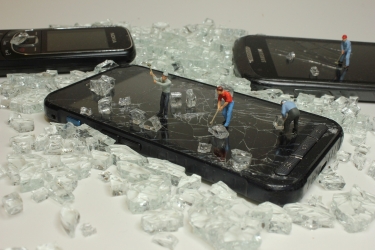 Switzerland-based telecommunications provider Swisscom has claimed it has switched to 100% Swiss-generated renewable energy, reducing its energy requirement by 80%.

In addition to transitioning to renewables, World Finance magazine head of special projects Monika Wojcik claims Swisscom will also be climate-neutral by 2025—from supply chains to employee commuting.

She adds it will intend to recover one million tons of CO2, reducing the country’s carbon footprint.

Recognition for the roadmap to climate neutrality
World Finance Magazine has named Swisscom as the most sustainable company in the telecommunications industry in 2022.

Panel of experts cited Swisscom’s focus on the Paris Agreement, its contribution to the 17 Sustainable Development Goals (SDGs) and its overall sustainability strategy for particular recognition.

One million mobile phones
Swisscom has also reached having a million used smartphones returned for recycling and reusing since the launch of the Mobile Aid program, which promotes the donation of phones since 2012, with proceeds going to charity, reported Mobile World Live.

“I would particularly like to thank our customers for their commitment to sustainability. The one-millionth mobile phone was donated to Mobile Aid in a Swisscom Shop in Bern just a few days ago,” says Swisscom CEO Christoph Aeschlimann.

“The proceeds from the one million mobile phones donated have already paid for five million meals for children in need,” adds Aeschlimann.

“In view of the scarcity of natural resources, the material obtained from the recycling process is itself highly valuable. The rare earth minerals required to manufacture new mobile phones are sourced from all over the world. Mobile Aid has enabled Swisscom to tap into a resource within its own country which, through recycling, creates social employment with low entry requirements,” the company noted.

This first appeared in the subscription newsletter CommsWire on 28 June 2022.

BACK TO HOME PAGE
Published in ICT Energy and Sustainability