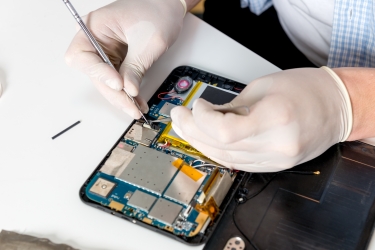 Local businesses are disposing rugged devices such as handhelds, scanners, and barcode readers prematurely despite committing sustainability goals, according to research from enterprise mobility solutions Soti.

Over seven in 10 (72%) of IT leaders of Australian corporations believe devices are being disposed of unnecessarily with laptops and tablets the most common prematurely disposed of electronics.

This is despite 58% of these IT leaders having clear targets for reducing e-waste, and more than 54% working towards corporate social responsibility (CSR) key performance indicators (KPIs) around sustainable device management.

Additionally, 54% have dedicated enterprise mobility management (EMM) strategies to maximise their usage of devices, but are failing to capitalise EMM solutions in extending their mobile device lifespans.

These findings are in Soti’s inaugural sustainability report, Reduce, Reuse, Rethink: From Discard Mentality to Tech Sustainability. The report also highlights that almost 45% of Australian IT leaders believe tablets and laptops are prematurely replaced according to their ‘expected lifespan’, while 32% believe mobile phones and printers are also replaced for the same reason.

Despite 62% of IT leaders agreeing that device management is an important environmental issue, 63% believe that having the latest mobile technology hardware at their disposal makes their organisation more attractive for workers.

The results reveal that enterprises need to identify viable models of operation that would reconcile contrasting aspirations.

Worryingly, there are many factors contributing to the unnecessary disposal of devices in Australia.

Further contributing to waste, 40% of IT leaders in Australia replace mobile phones when the warranty expires, with 42% replacing laptops and tablets and 33% disposing of printers for the same reason.

In addition, 35% of IT leaders say their organisation replaces mobile phones whether they are working or not, while 45% do so with tablets and laptops and 30% also replace printers whether they are functional or otherwise, too.

The financial implications
Not only are sustainability targets being impacted, but enterprises are also wasting money by disposing of electronic devices prematurely.

While the financial resources for the replacement of devices are considerable, little budget is allocated to extending the lifespan of devices. For example, organisations commonly tend to equate the end of a battery’s life to the life of the device itself, when in many cases with rugged devices such as handhelds, scanners and barcode readers, batteries are changeable, and the hardware can live on.

Almost all (91%) of devices used by enterprises have replaceable batteries, yet only 35% of IT leaders’ annual budget is earmarked for battery replacement.

“Devices aren’t thrown away accidentally. There is always a decision made, and it shouldn’t be as simple as seeing a newer version on the market, seeing the battery die, or just ‘expecting’ it to need replacing soon,” says Soti vice president of sales Australia and New Zealand Michael Dyson.

“There are more cost-effective and sustainable ways to monitor a device’s lifespan, and to subsequently elongate it. This is even more critical in an era of IoT, where organisations feel even more compelled to stay at the very forefront of new hardware launches or upgrades. Carrying on the attitude of negligent device replacement is only going to continue to impact the world’s sustainability efforts and potential. Diagnosis and repair is a far more effective way to ensure proper device management,” he suggests.