Lies, damned lies, and conceptual leaps - coal and IT 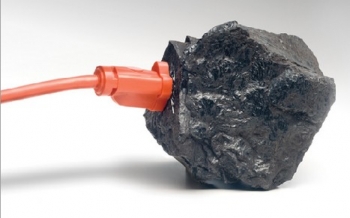 There’s been a fair bit of commentary the last couple of weeks about a provocative report on the electricity consumption of the IT industry.

Mark Mills, head of an organisation calling itself the ’Digital Power Group’, has written a report called ‘The Cloud Begins with Coal’. Its long subtitle is: ‘Big Data, Big Networks, Big Infrastructure and Big Power: An Overview of the Electricity used by the Global Digital Ecosystem’.

Notice the ‘Coal’ bit. The report was sponsored by the US coal industry – The National Mining Association and the so-called American Coalition for Clean Coal Energy. Credibility alert!

The thesis is that because IT consumes so much energy, and because coal is still the main source of energy, then coal is necessary for IT. Coal – and carbon emissions – is therefore IT’s friend.

Let me return to the shaky logic of that thesis a little later. First of all, let’s examine Mills’ treatment of the energy consumption of IT.

The 45 page report examines the electricity usage of every IT related product and service on the planet, from mobile devices to the cloud, including all electricity used for the Internet and other communications. It comes to the conclusion that IT is responsible for nearly 10% of the world’s electricity consumption.

Three years ago I did a similar exercise in Australia. In a report I wrote for the Australian Computer Society called Carbon and Computers, I calculated the total consumption of all IT and communications equipment in Australia. I found that IT was responsible for just over 7% of Australia’s electricity consumption, and subsequently for around 2.7% of all carbon emissions.

Virtually all IT’s carbon emissions are caused by the consumption of electricity – Scope 2 emissions under the GHG Protocol – whereas most greenhouse are caused by direct emissions – Scope 1. That explains the difference between the two figures.

(Embedded carbon from the manufacture of IT equipment was not covered in my study, nor in Mills’, but is substantial).

So Mill’s figure nearly 10% is probably about right. Maybe a bit of an overestimate, but IT electricity continues to rise, and my study was three years ago.

But that’s where we diverge. Mills makes some very pessimistic assumptions about future electricity consumption. It’s well presented, replete with lots of pretty graphs. Trouble is, he’s wrong on most of his figures. The best critique of the document I have seen comes from Dr Jonathan Koomey, a research fellow at Stanford University. Koomey is probably the world’s foremost expert on the usage of electricity by IT equipment, and I used his work used extensively in my own study.

Koomey has written a blog post methodically debunking Mill’s assumptions, pointing to his long history of peddling disinformation in the area.

Mills has made so many incorrect claims that he simply shouldn’t be treated as a serious participant in discussions about electricity used by IT equipment. He cherry picks numbers to suit his narrative, and creates the appearance of doing real research by including many footnotes, but almost invariably he overestimates the amount of electricity used by IT equipment. Last time many important people were misled by his antics–I hope they are smarter this time.

If you’re interested in this stuff, read Mills’ report and Koomey’s rebuttal of it. Yes, IT consumes a lot of energy. Yes, it’s growing. But not nearly so fast as Mills says, and he totally ignores the enabling effect of IT in reducing carbon emissions in other areas – work done so well by GeSI’s Smarter 2020 report, amongst others.

But at least that part of Mills ’work is defensible and based on at least the appearance of method and logic. His leap of faith at his coal mining paymaster’s behest is another thing. Mills parades the tired and discredited arguments of the coal industry that renewables are unreliable and expensive, and that only coal, and lots of it, can provide the energy we need to power the world of the 21st century.

The word ‘emission’ does not appear in his report. It does appear four times in the footnotes, which refer mostly to works that do not reflect his findings and which, as Koomey says, appear to be there mostly to lend his shoddy arguments some academic credibility.

The real killer is the sponsors of the report – the US coal industry. Like Big Tobacco, they will never give up.

More in this category: « A Brill life, an untimely death Apple defends green policy »
Share News tips for the iTWire Journalists? Your tip will be anonymous