Which home assistant is right for you? 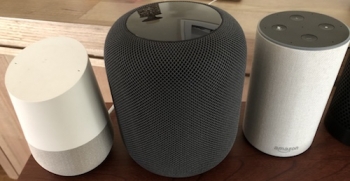 We’re living in the future, with self-driving cars and voice-controlled assistants who turn our lights on and off. Our investigations show they're not yet perfect, but maybe there's a home assistant right for you.

I sit in my lounge room typing this story. Music is streaming to an Apple HomePod. I am spoilt for choice; I could have played through a Google Home or an Amazon Echo Plus (though I believe the HomePod beats the rest when it comes to audio.) My air-conditioner just switched on, triggered by a Sensibo Sky realising it was already 30 degrees Celsius. It’s daytime, but I could instruct any of my army of home assistant devices to turn on any or all of the 15 Philips Hue lights I have throughout the house.

Meanwhile, Elon Musk launched a Tesla roadster into outer space and landed his rockets back on earth, while Tesla, Google, Team Arrow and others are at work to deliver electric and self-driving vehicles to reality. This is so close to being a reality that Intel predicts a $7 trillion “passenger economy” by the year 2050, and other futurists imagine the whole idea of owning a car will soon be a thing of the past. Instead, we will summon a self-driving vehicle to take us to our destination, exiting and leaving it to continue to its next destination. Will the next Uber app be car-as-a-service?

The future is ahead of us, and in many ways, the future is here. Yet, before we can arrive at the utopia to come, there’s still a few glitches and bugs and simply, annoyances, that must be solved in the current range of home assistants. Even so, maybe one is right for you. Let's go through it.

Amazon chief technology officer Werner Vogels says the next major disruption in technology is voice. He says previous interfaces, such as the mouse and keyboard, were designed around limitations of technology, even touch to some extent. Yet, Vogels says, voice is intuitive and natural.

Well, it’s getting there. No doubt we’ve advanced massively from early voice control products where you would literally say to your computer “File menu, Save As, C drive …”, and thankfully differing voices can now be distinguished. Yet, it’s not perfect, as the contributors to Reddit’s SiriFails subreddit will attest. 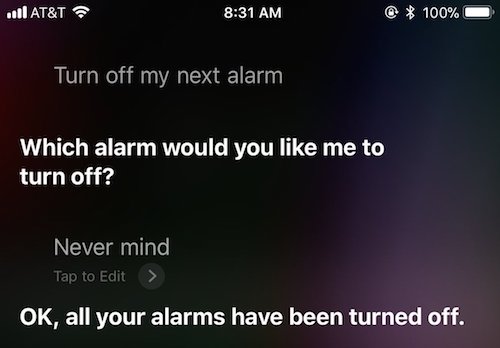 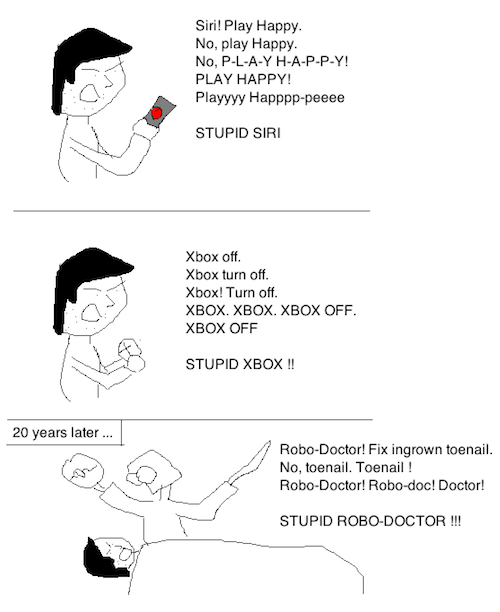 We can be sure this will only improve, but for now be dead certain you are going to be abusing your home assistant on a daily basis for not understanding even the most well-articulated phrases.

You have to choose your home automation devices carefully

Home automation is awesome, but be under no false impression that it is universally good.

With some products, you’re covered. The Philips Hue lighting range will work with any home assistant you choose. Amazon’s Echo Plus even saves you some money because it contains a built-in hub whereas both Google Home and Apple HomePod will require you to buy a Hue starter kit with a hub, but no matter where your hub comes from, you can safely and reliably control your lights with any of these home assistants. 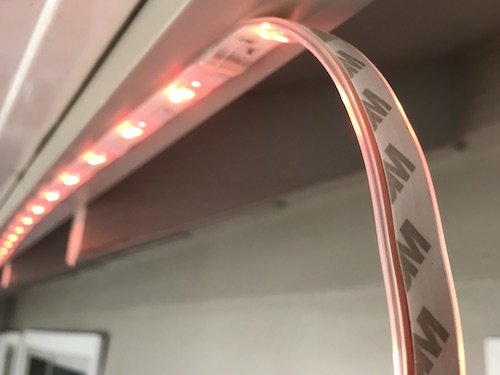 When it comes to other vendors it’s not the same. The Sensibo Sky which automates my air-conditioner doesn’t offer Apple HomeKit support right now. It works with Google Home and Amazon Echo devices, but Apple users will need to wait or look elsewhere, with the vendor missing the global HomePod launch and only saying HomeKit support will be available later in the year.

Sensibo for HomeKit will be available later on this year

Once you’ve committed to a home assistant, you will need to carefully check the integration capabilities of any automation device you’re thinking of adding.

Google Home’s home automation is a lot of work

In Australia, Google has the early lead with a big pre-Christmas push to get Google Home and Google Home Mini devices into homes, well in advance of Amazon and Apple, whose products only became available this month.

I’ve thus had plenty of time to experiment with Google’s home automation, and when it works it’s terrific. Yet, adding a new device now brings with it a touch of trepidation because I know I have a laborious re-configuration in Google’s Home app ahead of me.

To be clearer, the Home app - available for Android and iOS - is the way you manage your Google Home (and Chromecast), and is the way you link home control devices so you can instruct Google to turn the lights down or turn the air conditioner off, or whatever else you like. There is a rich variety of products that support home control through Google, and as above, not all are available to competitors.

However, while Apple’s HomeKit is pretty simple — you make a home in the iOS Home app, share it with your family, sync with your devices if you make a change — Google’s management is a real PitA.

They won’t talk to each other

Vendor lock-in is a real thing, and there’s no disputing the commercial reasoning why companies do it. For the consumer, the important thing to understand is buying a home assistant is a commitment. Mix-and-match isn’t really an option if you want the best out of them all.

To illustrate: Amazon will let you “drop in” on your Echo devices from the Alexa app. I can drive home and join in on lounge room conversation via the Echo Plus. Google will let you broadcast. I can send a message throughout the house and garage to all the Google Home and Home Mini devices to announce dinner is ready. Families can tell Alexa to message their Amazon Echo-owning friends back-and-forth. The more devices you have, the more your friends and family have, the greater your options for communicating with each other through voice control, bypassing traditional telephone networks and without manually invoking various apps (Skype, say).

Yet, break the chain and you lose these benefits. Love the audio quality from Apple’s HomePod? Well, replacing your lounge room Google Home with a HomePod now means you can’t broadcast to Google Home’s around the house anymore, and similarly for any other replacement of one vendor’s device with another.

Sure, looking right now at my army of home assistants is pretty cool, but I’m delusional if I think they’re going to talk to each other. 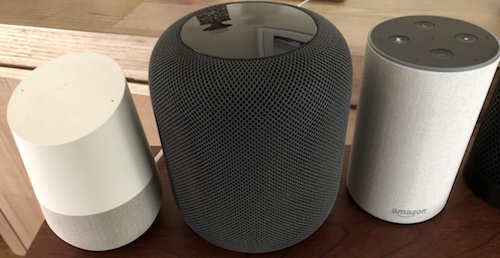 Your preferred music source may not be available

Stick with the vendor’s platform and you are assured of trouble-free streaming music, be it YouTube Red with Google Home, Amazon’s Music Unlimited for the Echo devices, and Apple Music for Apple HomePod. Each service offers a free trial for new users so you can enjoy ad-free music but once that trial runs out either the music dries up or becomes advertising-powered.

When it comes to music from outside their own stable, the vendors are not so generous. Amazon tops the list, with Alexa integrating with Spotify premium (not free), iHeartRadio and tunein. Google will connect to Spotify, including free accounts, while Apple provides no other voice-controlled music service options. 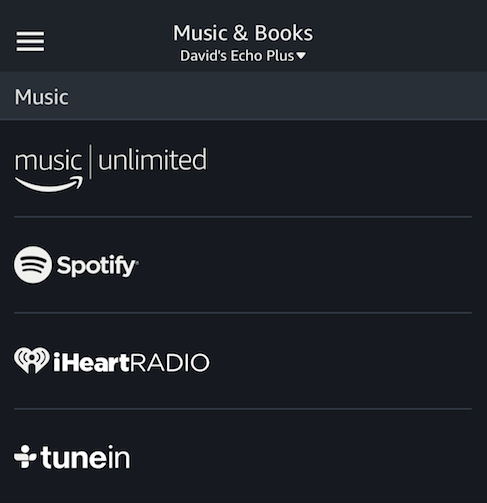 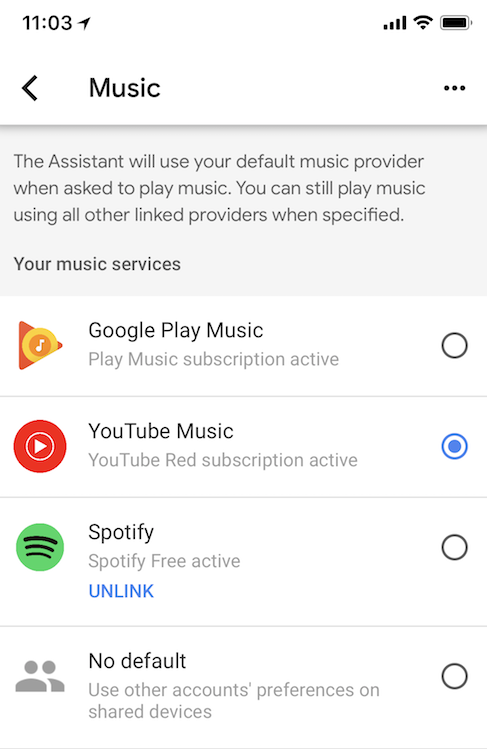 This doesn’t leave you without options. Amazon’s Echo devices are Bluetooth speakers so, after pairing, you can play wirelessly from any Bluetooth-capable device in your hands. The diminutive Amazon Echo Dot includes a 3.5mm input and can thus be permanently cabled to another device.

Google and Apple have chosen to remain inside their own ecosystem. The HomePod can be used as airplay speakers, playing audio from your other Apple products like the iPhone, iPad, MacBook or Apple TV. Meanwhile, any Android device can play audio through the Google Home.

Your home assistant is pretty smart, but programmers can add more to it – well, provided it’s Google or Alexa, and actually, not even Google, really.

Perhaps support will come to HomePod in the future, but for now, you can’t ask HomePod to check your bank balance. Google is pretty lacking here also, but does have a concept of Actions … they’re just not so well-popularised or readily available.

Here is where Amazon has the clear lead, with Alexa Skills adding more and more functionality at a rapid pace. The Echo devices launched in Australia with skills by major companies, for example, AGL, allowing consumers to ask Alexa about their energy bill.

Skills are such an integral part of the Amazon platform you can launch new skills by voice, or use the app to search for interesting ones. Having used a US-connected Echo Plus last year, I’m bitterly disappointed the Music Quiz skill hasn’t been made available in Australia, but there is no disputing Amazon is ahead of the game here, tying in with Werner Vogel’s vision of voice as the next disruptor in technology. 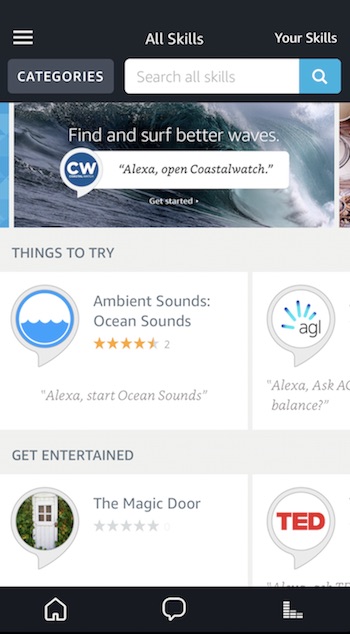 Which device is right for you?

Start with these questions and you'll soon whittle down which home assistant suits your household.

Want to see them in action? Which one has the most impressive audio? Which one tells the best jokes? Check out my simple videos here. Also, click here for a deeper dive into the Amazon Echo range of devices.

More in this category: « The home assistant battles have begun Amazon Echo and Alexa in-depth »
Share News tips for the iTWire Journalists? Your tip will be anonymous