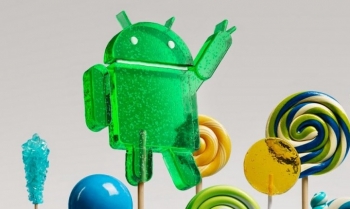 Multiple reports at a Google forum for its Nexus 7 2012 model are complaining that the Android Lollipop 5.0 update is ‘shockingly bad’ and is like ‘Vista on a tablet’.

For the last couple of weeks now since Google Lollipop 5.0 Android OS update supposedly became available for Google’s own Nexus brand of Android devices, I’ve been patiently waiting for it to become available as an OTA (over the air) update.

There are various posts on the Internet that explain how you can go to Google’s ‘Factory images for Nexus devices’ developer website to manually download the update, but given that I have one of Google’s own Nexus branded tablets, which was marketed and sold under the promise it would get updates virtually immediately, I just didn’t want to stuff around with manual processes.

Well, it is November 20 in Australia, and my Nexus 7 2012 model still has no OTA update, but after reading this article at the BBC on how Lollipop 5.0 is ‘shockingly bad’ for the Nexus 2012, which itself points to this Google Product Forum entitled ‘Android 5.0 - A not so sweet lollipop for Nexus 7 2012’, I have to say I’m glad I can’t get the update just yet!

There are reports in the forum that using a developer mode to slow down or stop the fancy Lollipop 5.0 animations, turning off Google Now and limiting background processes to two is making a big difference to performance, but only in the context of it sucking less, rather than magically speeding up to nicely fast levels.

It seems that every single post in this forum, which stretches over 10 pages, has a Nexus 7 2012 owner complaining over how bad and slow the update is, how it makes Facebook unusable, how sluggish the device has become, how apps made with Adobe Air have been deleted and can’t be re-installed, how ‘unusable’ is the most common description, and how people wish they could downgrade back to KitKat 4.4.4 - the version my Nexus is still at.

The same Google Developer page with Factory Images for all Nexus devices used to manually upgrade a Nexus 7 2012 to Lollipop 5.0 is the same place you can download older versions of Android, such as Kitkat 4.4, with Google providing instructions there on how to manually install OS images.

Unfortunately it appears that while Apple can have an issue with iOS 8.0.1 and it gets reported worldwide on every news channel and website, Google having an issue with one of its operating systems barely seems to rate a mention anywhere - especially after glowingly positive reports of Lollipop 5.0.

It appears that the Nexus 7 2012 model may well be just a bit too old now to truly handle Lollipop 5.0 as is. Perhaps a future Lollipop 5.1.1 will do what iOS 8.1.1 has done for iPhone 4S and iPad 2 owners by nicely optimising performance for these older devices.

However Google’s track record in quickly developing updates and then releasing them in a timely manner for Android devices can’t be counted upon to deliver relief anytime soon, which is a tremendous shame for Nexus owners who just want Google to fulfil its promise that Nexus devices would be quickest to get updates without needing to wait months or years for operators to verify builds on their networks.

The Nexus 7 2012 model I have is Wi-Fi only anyway so doesn’t even need operator approval.

If and when my Nexus 7 2012 reports that Android Lollipop 5.0 is available as an OTA update, I’m now extremely hesitant to put it on in fear that it will turn my Nexus 7 2012 into a Nexus 7 Brick.

As I read somewhere on the web, why oh why did Google name its own special brand of devices after the replicants in Blade Runner which had artificially limited life spans?

Was this a secret sign from Google all along, hidden in plain sight?

Or is there some other issue going on that we don’t yet know about, like a disruption in time and space due to the Tardis having a malfunction and the Doctor not yet knowing how to fix it?

Whatever it is, it appears to be a serious problem that Google is apparently ignoring at the moment, which doesn’t exactly inspire what you’d call confidence.

Google needs to remember that ‘good enough’ is the enemy of good. Is it Goodgle or Badgle?

Is it stuck slower than being applied with Googlue?

Is your Nexus 7 2012 now a big steaming pile of Poogle or Doggydoogle?

Nexus 7 2012 owners at the forum may well be forgiven for thinking Google stands for Ghastly OS Offers Greatly Lame Experience.

Perhaps this the reason why no OTA update for Lollipop 5.0 is yet available for my Nexus 7 2012.

Time will tell, but for people at that forum, warring with a degraded tablet is hell.

Google: please, don’t be evil. Or lazy. Or both. Strive to do and be your best, for as always, good enough IS the enemy of good, and ‘not good’ even worse.

Perhaps afflicted Nexus 7 2012 owners finally realise what it means when you’re the product and not the real customer.

Let’s hope the eventual outcome is good, but for now, Lollipop is giving some users digital diabetes, in what is becoming, at least for some, one big Lolliflop. Or Lollipoop.

Please fix it, Google… now. Ok Google? Before you Android Wear us all out!