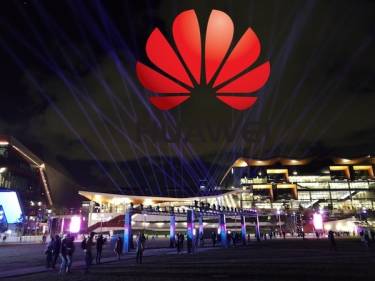 Huawei’s sponsorship of Vivid Sydney is where it showcased its latest P10 Plus dual Leica-lens camera smartphone Android flagship against its stunning light show installation at Vivid Sydney 2017.

It also offers a wide range of smart devices, IoT technologies, cloud services and equipment and more, with 70,000 employees out of its 170,000 global total working in R&D alone.

The company is doing pioneering work in 5G technology, as are its competitors, but Huawei also has a wide range of Android handsets, from the entry-level to the super premium, taking on the Apples and Samsungs of the world through to intense competition at home in China.

Huawei also makes Windows PCs, Android smartwatches, routers, modems and more, and has gone from humble beginnings in 1987 to a truly global powerhouse.

On top of that, Huawei’s forward thinking nature is even bolder with its annual "Seeds for the Future" programme that works with students and universities from around the world, with my article on the 2016 proceedings filled with many video interviews able to be read and seen here.

In Australia, Huawei sponsors the Canberra Raiders, and this year is a sponsor of Vivid Sydney 2017, the spectacular must-see festival of light, music and ideas.

Over the last few years, Huawei’s Android smartphones have grown from basic models to ever more advanced premium flagships, from its large-screened Mate series through to its newest flagships, which yet again feature twin rear cameras.

Both the P10 and P10 Plus offer one lens that is 12MP RGB, with the second a 20MP monochrome sensor to captures detailed facial features. The 2.0 Pro Edition in the P10 Plus differs from that of the regular P10 by offering “SUMMILUX-H Leica lenses.”

These lenses have a larger F/1.8 aperture to capture more light in low-light situations, with Huawei naturally promoting both P10 models as having cameras of such high quality, and with an incredible array of manual controls, that they put a “photography studio in your pocket.”

To introduce several journalists including myself to the new P10 Plus, Huawei used the backdrop of Vivid Sydney and the Huawei light show installation, along with a professional photographer, Sam Earp, to give a "masterclass" in smartphone photography with the P10 Plus.

Clearly, there’s only so much you can teach in a short time, but we were able to learn that Sam normally uses DSLR cameras and had previously only used iOS smartphones.

After being invited to try the new P10 Plus smartphone, Sam explained how he was very impressed with the large array of manual controls the native P10 Plus camera offered.

This meant that end-users could either go with the traditional automatic settings, or could delve very deeply into those aforementioned manual controls, which Sam demonstrated to small groups of journalists on the night.

A photographer knows that the best camera they have is the one that is with them at the time, and with ever more powerful cameras in flagship smartphones being used as major reasons to go with one brand over another, it’s no surprise to see Huawei taking smartphone photography so seriously, and promoting that with such vigour.

Naturally there wasn’t the true amount of time available for Sam to go into the kind of depth you’d need for a truly personalised masterclass, but his enthusiasm and regard for the cameras in the P10 and P10 Plus was evident.

Huawei provided journalists present with a review unit to take photos of Vivid on their own after the event was over, and I took the opportunity to interview Sam, to learn more about him, his photography business, the cameras he normally uses, his impressions of the P10 Plus and more.

I also took some photos of the Huawei light show installation, and some videos of the light show in action. It's all at the end of this article.

Vivid Sydney has various light show installations across Sydney, from incredible light shows being beamed directly onto the sails of the Sydney Opera House, through to light shows on CBD buildings, installations in Chatswood and elsewhere, and in the Tumbalong Park in front of the International Convention Centre, the ICC that has finally replaced the old Darling Harbour Convention Centre with a much more massive conference and exhibition precinct.

It is in Tumbalong Park that Huawei’s light show is installed, so if you get a chance to visit Vivid Sydney, be sure to check as much of it out as you possibly can!

For more on the P10 and P10 Plus, iTWire’s Android aficionado Ray Shaw has written several articles on both models.

His first was in February, with an article entitled “Huawei P10 and P10+ with Leica Dual lens photography.”

Below is my video interview with Sam Earp, as well as some videos of the light show in action, and some of photos of Huawei’s installation taken on the night – all filmed or shot on the Huawei P10 Plus.

Huawei Lightshow Installation Vivid Sydney 2017 - watching from the middle of the installation and looking up at the lights dancing, then converging, then dancing again: 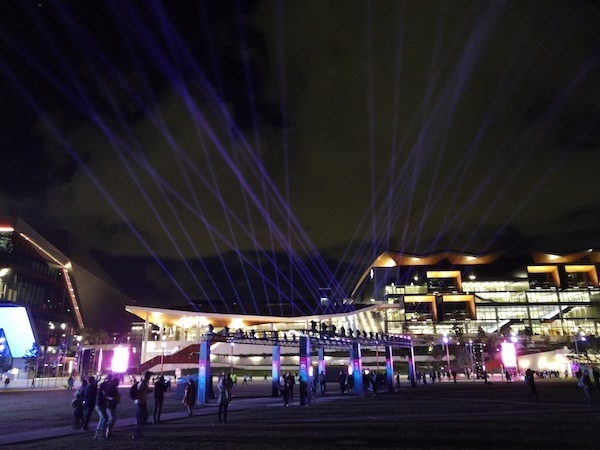 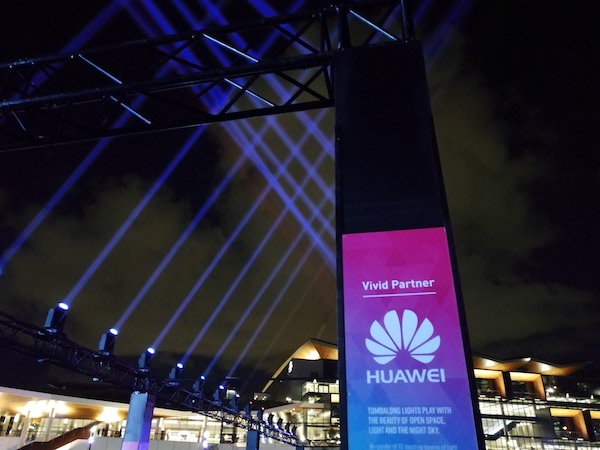 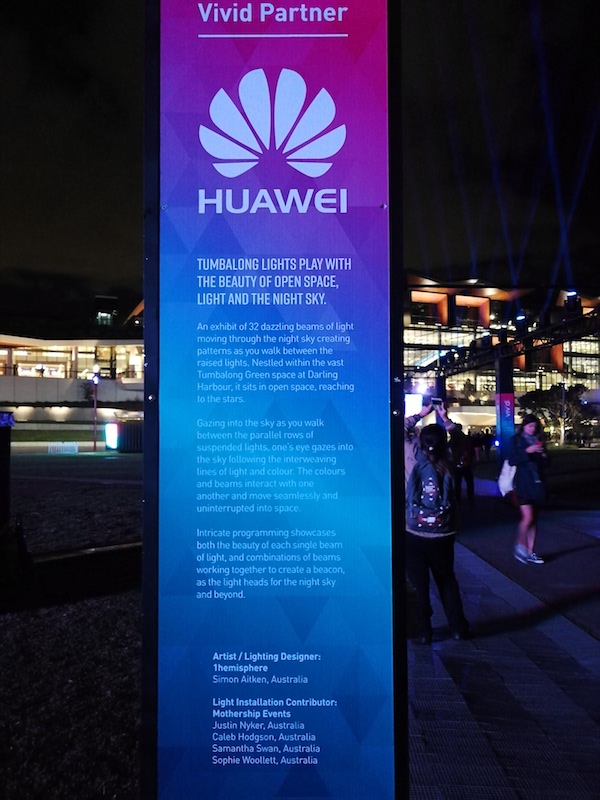 More in this category: « Microsoft mistakenly releases broken Windows 10 build Klika clout and profits expected to climb with planned Amazon partnership »
Share News tips for the iTWire Journalists? Your tip will be anonymous