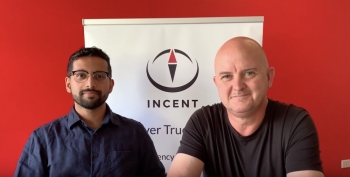 The creators of Australia's first cryptocurrency, Incent, have spoken frankly about the benefits of cryptocurrency, the loyalty program conundrum, global economics, esports, gaming and plenty more.

Earlier this week we covered the news that Aussie cryptocurrency "Incent" and esports company "Gfinity Esports Australia" had partnered in a world first to bring blockchain to gaming.

The companies have claimed the "world’s first live broadcasting rewards platform powered by cryptocurrency and blockchain technology", and believe they are poised to disrupt the world of online gaming, by among other things creating not a "pay per view" system but a "paid per view" system where viewers are rewarded for viewing in a way that is beneficial to all.

Given the ever growing popularity of esports, the ongoing global interest in cryptocurrencies and blockchain, and my desire to help Australian companies where possible to gain exposure, I took up the offer of interviewing Incent's co-founders and creators of Australia's first cryptocurrency, chief executive Rob Wilson, and chief product officer Jins Kaduthodil.

That interview is embedded below, after which a wrap of the questions can be found.

I started by introducing both Wilson and Kaduthodil, and asking them to tell us a bit about their respective histories, as well as how they first heard about bitcoin, blockchain and cryptocurrencies.

We then looked at why the dynamic duo decided to create a cryptocurrency, the challenges they faced and where they're up to now in late 2018.

We talked about the company's development team, which is in Sydney Australia in full, as well as talking about loyalty programs, the Gfinity Esports Australia pairing as well as paid-per-view vs pay-per-view.

The issue of data, privacy and more was explored, as was the future, great advice received in life and final messages to iTWire readers and viewers, and Incent's customers and partners.

There's plenty more in the video above, so please take a look, and you can find my earlier article on Incent and Gfinity Esports Australia here.

More in this category: « VIDEO: No shaggy dog story as Audible for Dogs launches for canine calming Kogan: the clever hunt of a treasure trove of bargains just for you »
back to top