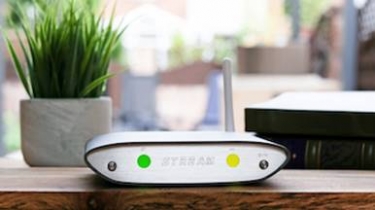 Despite looking like a scaled-down version of the media facility at Lords cricket ground, the Zen Stream from iFi appears to be an interesting contribution to the never-ending media wars.

Described by the UK company iFi as a 'Wi-Fi audio transport', the Zen Stream acts as a bridge between the in-home Wi-Fi network and the audio system. It connects to a router via Wi-Fi or Ethernet cable, and outputs to an external DAC (or an amp with digital inputs) via USB or S/PDIF. Its open-source architecture makes it flexible and future-proof and the purpose-built hardware and software deliver excellent sound quality.

The Zen Stream offers a flexible solution in one unique package. Its open-source architecture ensures the user is not tied to a specific platform or app, offering a wealth of options and the ability to add more via programmable firmware. Its Linux-based operating system offers exceptional flexibility, with the streaming community encouraged to work with iFi to create additional features to add down the line via OTA (Over The Air) updates.

The Zen Stream's hi-res audio is claimed to be impressive, supporting PCM up to 32-bit/384kHz and DSD up to 11.2MHz (DSD256) over Wi-Fi, as well as over Ethernet cable. There are multiple ways in which the device can interface with the user's music collection or favourite streaming service. These are some of the options provided:

Outwardly, the Zen Stream is encased in the iFi's well-known dark grey aluminium extrusion. Its silver-coloured aluminium faceplate has just two multi-colour LEDs - one to indicate internet/intranet connection and speed; the other to show the incoming audio format and sample rate - of course, these LEDs may be switched off if the prove annoying. Further, there are just two buttons: the power switch and a 'hotspot' button, the latter used to join a local Wi-Fi network.

While there is no display other than the status LEDs, all information about the music being streamed will be displayed on the control app selected by the user. iFi has taken the decision that it is better to focus on performance and value-for-money, rather than increase cost by incorporating a display that would arguably be superfluous to the end-user.

Alongside the Wi-Fi antenna, there's an array of sockets and ports. Dual-band Wi-Fi reception supports 802.11a/b/g/n/ac for a fast, reliable wireless connection and a Gigabit Ethernet port. There's also a USB-A input, giving the option of playing music from HDD and solid-state storage devices, and a USB-C programming port to upload software/firmware updates (an alternative to OTA updates via Wi-Fi).

Two digital outputs - asynchronous USB and coaxial S/PDIF - provide connection to an external DAC or amp with digital inputs. Both these outputs are regulated by iFi's femto-precision GMT (Global Master Timing) clock circuitry to eradicate jitter from the digital signal. The USB ports - both input and output - support USB3.0 and use iFi's ANC II active noise cancellation to remove distortion from the audio signal.

Because the Zen Stream is a network audio 'transport', as opposed to a 'player' (it outputs a digital signal rather than an analogue one), it can be combined with whichever DAC the user prefers. An obvious partner is iFi's Zen DAC - a USB DAC with balanced circuit design and the same 158x35x100mm aluminium enclosure. Version 2 of the Zen DAC has just launched, with enhancements including a new 16-core XMOS chip to process incoming audio data and improvements to iFi's GMT (Global Master Timing) clock circuitry. 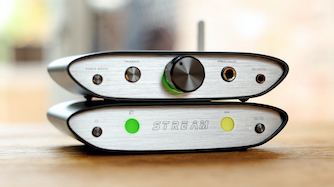 The Zen DAC also incorporates a great headphone amp - which means the Zen Stream/Zen DAC combo makes a splendid desktop-size streaming system to use with headphones, as well as with an amp and speakers. Plus, you can upgrade the headphone amp by adding a further Zen device, the Zen CAN - this versatility is part of the ZEN Series' appeal.

More in this category: « Don't be uptight about bad posture, assume a great posture with the Upright Go 2 and Upright Go S MUST WATCH Launch Videos: Windows 11's new features, Android apps and more »
Share News tips for the iTWire Journalists? Your tip will be anonymous