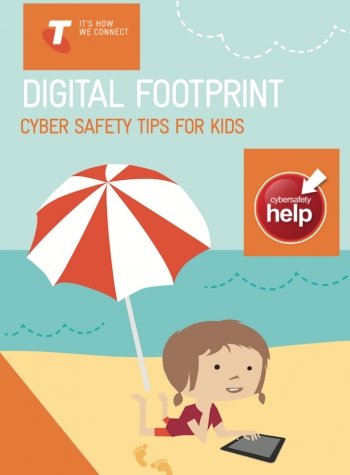 Are you a good digital role model for your children? Telstra’s survey shows some startling results, with 65% of parents saying they’re not good tech role models and not enough balance between screen time and real life.

65% of parents surveyed do not think they’re good role models when it comes to device usage, despite 50% of children saying their parents are good technology role models.

Thus, parents are being asked in 2015 to set a better example because children are copying their behaviour.

Then Telstra’s survey asked children about perceptions of their parents’ device usage.


Telstra’s Cyber Safety Manager, Shelly Gorr, said the results are a reminder to parents that they’re a key influencer on their children’s online behaviour.

“Children model their parents’ behaviour so it’s only natural for them to copy the example set by their mum or dad in relation to the way they use their device. As families prepare for the new school year, we’re encouraging parents to be mindful of the example they set and talk to children about ways they can balance their digital lives.

“So, for example, if it’s important to you that mealtimes are device-free, make sure you put your mobile away during dinner because children are happier if everyone in the family follows the rules.”

For more information about staying safe and enjoying the online world, visit Telstra’s Cyber Safety page. It has a wealth of information and freely downloadble PDFs on all the important aspects of family and consumer cyber safety.

So, what are Telstra’s top tips to help balance children’s screen time?

1. Agree limits Talk to your children about the amount of digital time they’re living and then, based on what you agree is a healthy balance, set ‘switched off’ times of day. Help your children create a media use roster allocating blocks of time for homework, chores and their screen time.

2. Be an offline supporter Support and encourage your kids in activities that don’t involve a digital device. A ball game or reading a book are all great ways to show kids how they can enjoy themselves without a mobile, tablet or computer.

3. Set family rules Make sure you’re seen as a positive example. Do you want the dinner table to be a device-free zone? If so, then have everyone (including Mum and Dad) turn off their mobile phones and devices during dinner, or when taking part in family activities. Children are happier following rules if everyone in the family plays by them.

4. Turn off devices before bedtime Lack of sleep can affect alertness, concentration and memory. For a better night’s sleep try encouraging children to switch off at least one hour before bedtime. Create a charging station and charge all household devices in the one spot overnight.

5. Make the most of parental controls Many parental controls tools allow you to set time-of-day restrictions on children’s device usage. Telstra naturally recommends its 'Telstra Smart Controls' for mobile devices and 'Telstra Online Security' for your home network.

6. Consider the difference between types of screen time Not all screen time is created equal. Think about the differences between using a device for homework or creative expression versus using it for passive entertainment.

More in this category: « VIDEO Interview: Cuzin, social shopping that lets you buy anything from anywhere No CHOICE but to ‘HideMyAss’ for global content access? »
back to top