Study says Brits 'confused by gadgets', but they won't read the instructions! 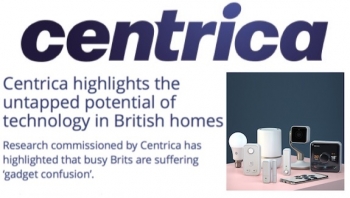 British energy and connected home company Centrica's new study shows that Britons are "baffled by the number of buttons, symbols and switches", with "millions" too busy to read instructions, thus wasting thousands in poorly used technology in homes.

Gadget "confusion" is reigning in British homes, according to the latest research published by Centrica.

We're told that three quarters of Brits "confessed to being confused by gadgets, with eight in 10 using a ‘trial and error’ approach to using their devices and appliances".

"One fifth don’t have the time to figure out how things work, and more than a third can’t be bothered to try different settings or options.

"Three in four will purchase gizmos and gadgets and completely disregard the instructions, leaving half only knowing how to use the basic settings on their tech."

It sounds crazy, and the tech world even has a term for men who won't RTFM, or read the frippin' manual, but it seems this trend toward wilful ignorance and needless trial and error has seeped into everyday life.

“Our research shows how modern life leaves a number of Brits without the time or patience to get to grips with their tech, but smart devices in the home like thermostats, cameras and sensors are created to make life easier and give peace of mind.”

So, why are Britons — and presumably many supposedly gadget-loving people around the world — not taking ownership of their devices and getting the most out of them?

Centrica's research says "Brits ‘guess’ their way to using their tech because one third think it’s too complicated and one fifth admitted they will forget what they’ve read".

"As a result, the average Brit will use just 26% of their mobile phone settings and apps.

"Of the 17% who currently own a smart speaker, half won’t use their device for anything other than listening to music.

"Six in 10 are making life harder for themselves by manually changing their heating preferences as they don’t know how to set the timer on their home thermostat.

"And nearly a third had no idea their microwave has pre-programmed settings to help them cook things like jacket potatoes or fish hassle-free.

"One sixth of adults don’t know which way to turn the dial in their fridge to change the temperature, with more than a third sticking to the same cycle on their dishwashers.

"And half won’t veer away from the same single setting on their iron."

Sounds like an awful shame, if you ask me. It's practically like driving your car around in first gear all the time, or failing to learn a great vocabulary just because you're lazy or scared. For goodness sakes, get with the program and learn, you've got a brain gifted to you by the universe and a gazillion years of evolution, or God, or both — take your pick of all three options — and you're afraid to use it?

Centrica then illuminates yet more tech madness: "Brits use an average of just two settings a month on their dishwashers, as they understand less than half of the functions available to them.

"The research found 82% wished technology was easier to understand; with seven in 10 in agreement manufacturers could do more to make their devices easy to understand.

"Nearly three quarters have been amazed by someone else showing them a new ‘trick’ or setting on their gadgets.

"And despite half the nation owning a piece of smart tech, an equal number of Brits think smart technology is too complicated to understand."

Sounds crazy if you ask me. I've been teaching my Mum to ask Siri on Apple HomePod how to spell words, so she doesn't have to ask me to explain things when Siri can do it too – especially when I'm not at home. Why wait when you can empower yourself with an answer immediately? It's like teaching peopel how to use Google to search properly, rather than cheekily sending them to that Let Me Google it for you site, or even this site, which has a swear word it in (so be warned).

We have a Google Home and an Amazon Echo at home, too, so I've got Mum listening to radio on Google that Siri won't play just by asking, and she is asking Google Home questions too, although great answers and the very best sound clearly comes from the Apple HomePod, and Mum certainly loves listening to her favourite songs and asking for them to be played.

She's more than brave enough to ask Siri on HomePod who sings particular songs, or to ask Siri to "play piano music" or other styles of music just out of curiosity and experimentation, seeing as she knows she can ask Siri all manner of things.

I guess it's all about knowledge being power, and even more so, the application of knowledge being power. If we, as technologists, don't help our family and friends get the most from their devices — or even ourselves to do the same thing — we're wasting a lot of opportunity to have technology do more for us, for the betterment of ourselves. It also makes me wonder why people have clearly lost their sense of curiosity and wonder – if you want to live longer and happier, never lose your sense of curiosity!

As Albert Einstein, Walt Disney and many others said, it's a vital component of being alive, and as we recently read and reported on, it is the key to happiness!

Of course, Centrica believes it has a role to play, too, with the aforementioned Tom Guy, of the company's smartphone "Hive" division, concluding: "We work with customers to develop smart home Hive products that are affordable, easy to use and make a difference to their lives.

"This is key to enable more Brits to make full use of the tech in their homes both now and in the future.”

Well, I can certainly agree with the good Mr Guy on his last sentence, and note that we should all help our friends and family learn how to better use their technologies — even one new thing they didn't know they could do could make a real difference to their lives — so why not help others out to get more from what they've already got?

More in this category: « eBay Plus Weekend on June 23 and 24 promises genuinely massive deals up to 72% off Apple launches 'keyboard service program for MacBook and MacBook Pro' »
Share News tips for the iTWire Journalists? Your tip will be anonymous