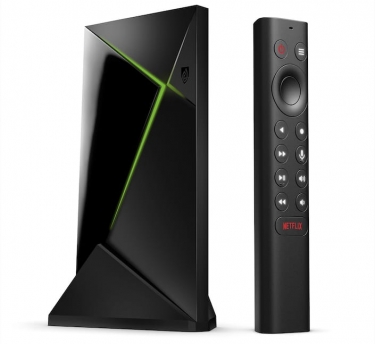 The arrival of the next-gen Shield TV Android TV-based, open-platform media streaming devices is well timed, given the surge of interest in home entertainment options as people look for ways to be entertained during potentially weeks of confinement.

The two new Shield models use the new Tegra X1+ processor, said to have as much as 25% more performance than its predecessor. This additional power is used to implement Dolby Vision and Dolby Atmos, and to use AI to upscale 720p or 1080p HD video streams into 4K resolution.

“These new models provide a big step up for Shield, which has consistently delivered ground-breaking innovations in the living room since its introduction five years ago,” said Nvidia consumer business senior vice president Jeff Fisher.

Shows that support both Dolby Vision and Dolby Atmos can be found on Netflix, Amazon Prime Video and Disney Plus.

The compact Shield TV (from $249.95; pictured below) is small enough to hide behind a TV. It includes Gigabit Ethernet and dual-band Wi-Fi connectivity. 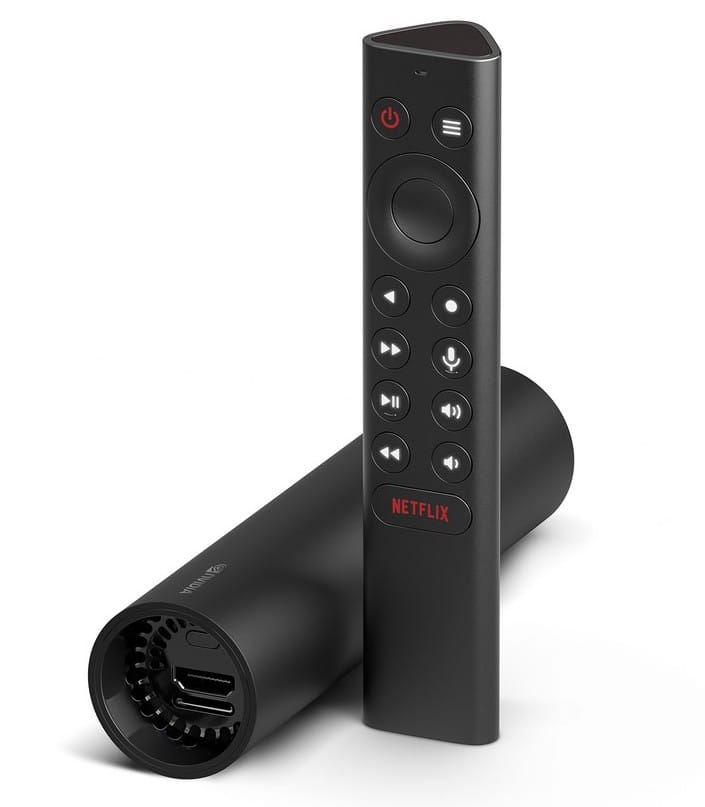 Both models include an all-new remote controlvfeaturing features motion-activated backlit buttons, a built-in lost remote locator and a mic for voice search.

The use of Android TV means Shield owners can take access more than 500,000 movies and shows and more than 5,000 apps and games through Google Play, and use Google Assistant to play entertainment content, control smart devices and get answers on screen with their voice. This includes Google Assistant routines for performing multiple tasks with a single command.

“Nvidia pushes the boundaries of how media and entertainment are consumed in the home,” said Google senior director of product management for Android TV Shalini Govil-Pai.

"By bringing together Dolby Vision and Dolby Atmos with Android TV, users of the new Shield TV media players receive an unmatched experience that well represents our platform’s rich content and capabilities.”

Shield also incorporates Nvidia GameStream technology, allowing PC games using GeForce graphics to be cast to Shield in 4K HDR at up to 60 frames per second.

Google Play isn't the only supported source of video content – apps available from the Play Store include Stan, tenplay, 7 Plus, Foxtel, Optus Sport, Kayo and more.

And built-in support for Google Cast means apps, shows, movies, music and pictures can be cast from a smartphone, tablet or Chrome device to the TV via Shield.