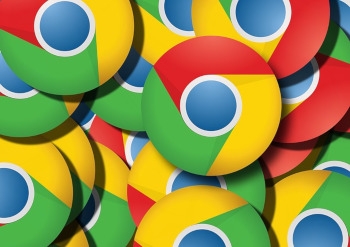 Google's Chrome browser, which is the most widely used browser worldwide, will remove most of its ad-blocking ability for all but business users, a report claims.

The proposal to do so was initially made in January and the company apparently intends to go through with it, according to the website 9to5Google.

Google will do this by halting the ability of an API, the webRequest API, to block a request before it is loaded. Ad blockers like uBlock Origin will not work because of this.

The change has been christened Manifest V3 by Google. In a response to comments, mostly negative, made in response, the company's Simeon Vincent wrote:

"Extensions with appropriate permissions can still observe network requests using the webRequest API. The webRequest API's ability to observe requests is foundational for extensions that modify their behaviour based on the patterns they observe at runtime."

Raymond Hill, the developer of uBlock Origin, an extension that is affected by these changes, pointed out on GitHub, that Google had said specifically in Manifest V3:

"In Manifest V3, we will strive to limit the blocking version of webRequest, potentially removing blocking options from most events (making them observational only).

"Content blockers should instead use declarativeNetRequest... It is unlikely this will account for 100% of use cases (e.g., onAuthRequired), so we will likely need to retain webRequest functionality in some form."

Hill also cited Google's 2018 SEC 10-K filing in which it said: "Technologies have been developed to make customisable ads more difficult or to block the display of ads altogether and some providers of online services have integrated technologies that could potentially impair the core functionality of third-party digital advertising.

"Most of our Google revenues are derived from fees paid to us in connection with the display of ads online. As a result, such technologies and tools could adversely affect our operating results."

Contacted for comment, a Google spokesperson said: “Chrome supports the use and development of ad blockers. We’re actively working with the developer community to get feedback and iterate on the design of a privacy-preserving content filtering system that limits the amount of sensitive browser data shared with third parties.

"For managed environments like businesses, we offer administration features at no charge.”

More in this category: « Apple retains lead in wearables market in 1Q2019 Apple iOS 13: a dazzling must-have update when it launches in US autumn, our spring »
back to top