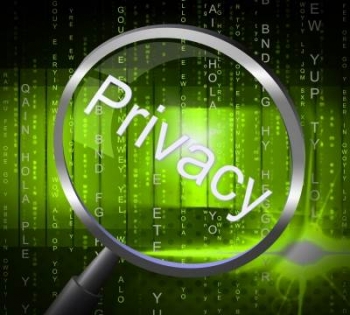 Australians are concerned about their privacy with smart devices listening in on their conversations, and allowing organisations to extract personal information from their digital footprints.

According to a report from Unisys, 41% of Australian smart device owners say they started receiving social media posts and ads about a topic they had recently talked about aloud - and almost two-thirds of them say it concerns them.

And just over a quarter (28%) report that, while they were talking aloud, the virtual assistant in their smartphone or smart watch had asked them for more information or to repeat themselves even though they had not turned it on.

Similarly, 26% say that, while they were talking aloud, a voice-activated smart speaker had asked them for more information or to repeat themselves even though they had not turned it on.

In both cases, at least half of the people who experienced this say that it concerns them.

“We live in a hyper-connected world, where wearable devices, smart homes and digital assistants are commonplace in our personal and work lives,” says Ashwin Pal, director of security services, Unisys Asia Pacific.

“A growing component is voice-activated, command-driven digital assistants, embedded in smartphones, smart watches and purpose-built devices such as smart speakers. However, in an environment where the top three security concerns for Australians relate to data theft, there is growing speculation that these wonderful Internet of Things devices will impact our privacy by monitoring our conversations and activity and using it in ways we did not intend.” Pal warned.

The 2019 Unisys Security Index research also found Australians are selective about which situations they deem acceptable for an organisation to collect data from social media, online purchases, smartphones and wearable devices that create their digital footprint.

The strongest level of support (41% of Australians) is for the government collecting this information to identify who is in the vicinity of a disaster. Yet less than half that number - only 19% - support the government monitoring individuals’ travel patterns to plan roads and public infrastructure.

And more than a quarter (28%) support airports and airlines collecting information to efficiently guide a passenger’s journey through an airport, but only 10% support an employer doing the same to monitor an employee’s location during the workday.

The report also reveals that more than a third of Australians (38%) say there is no acceptable situation to collect data from smartphones and wearable devices – the highest level of objection compared to the other three Asia Pacific countries surveyed - New Zealand (36%), the Philippines (20%) and Malaysia (14%).

The highest support is for police sharing information with other law enforcement agencies internationally (66%) or domestically (65%) to solve a crime.

More than half (57%) support doctors sharing a patient’s healthcare history with other healthcare providers for a complete view of an individual’s health. And almost half (46%) support a government-administered proof-of-identity used to confirm a citizen’s identity to access commercial services such as a bank account.

However, the report reveals that only 16% support banks sharing a customer’s financial data with another financial service provider to offer a single point of contact for multiple services – while the most common reason given for not supporting this is concern is that consumers want control over who has access to their personal data.

“For all scenarios, the top two reasons given by Australians for not supporting their data being shared is that they want control over exactly who has access to their personal information or they don’t want that particular organisation to have access to their data,” says Ashwin Pal.

“This marks a concern around privacy, rather than one related to the ability of an organisation to secure the data. It appears driven by a combination of trust in the organisation involved, the purpose given for how the data will be used and the benefit to the individual.

“To gain public support, organisations must show they meet all three criteria. Organisations must positively prove privacy of customer data before customers reward them with their trust and ultimately their business.”