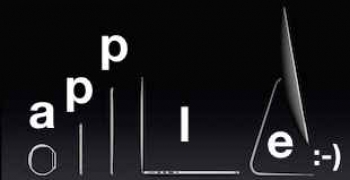 It’s all over the news: Mac sales growth is leaving PC makers panting, while Mac sales are outselling iPads in the ‘fiscal fourth quarter’, but is this any surprise?

With Macs virtually immune to the onslaught of malware threats that afflict Windows PCs on a constant basis while still being able to run Windows, with endless software options for Macs and with Macs so damn well built compared to most PCs, is it any surprise Mac sales are surging?

Growth is said to have jumped 21% for Mac sales at a time, in the “fiscal fourth quarter” when iPad sales slumped, but what could be the reason?

With iPad sales, it should come as no surprise that when we get closer to the introduction of brand new iPads (or iPhones or any other Apple device) that generally promises to be faster, lighter, better and with longer battery life for the same money, sales are going to slow.

After all, who wants to buy a shiny brand new iDevice only to have it become ‘last year’s model’ just a few weeks or a couple of months later?

No-one, that’s who, and while it clearly happens each and every year, the smart money always tries to get the best value for said money, alongside the cachet of having Apple’s latest and greatest for as long as possible before the inevitable new model makes its appearance a year or so down the line.

During the time that iPad buyers were holding off from upgrading to a new model or buying an iPad at all, Apple had already released almost all of its new MacBooks and Mac Pro models, with only the long-awaited 27-inch 5K Retina iMac and the new Mac Mini unreleased until the iPad Air 2’s launch earlier this month.

With all those portable new Macs alongside the incredible and incredible-looking upgrade that is the Mac Pro, people who were sick and tired of the rigamarole of Windows PCs, Windows 2-in-1 tablets, viruses, malware, home page hijackers, inelegant designs, low battery life and more told Microsoft to stick it by buying a Mac.

Of course, not everyone did this, with IDC’s figures showing Lenovo still in No.1 global spot with 20% of the market (and with Lenovo actually making a real effort to advance the art of PC hardware), HP in second place at 18.8% with its flagship Envy brand that is more a commentary on HP’s envy of Apple’s design prowess, perennial PC maker Dell in 3rd spot with 13.3%, Acer not quite acing it with 8.4% and Apple alive at number five with 6.3% of the total worldwide PC shipments - pretty impressive for a company that was on the brink of death half its life ago.

Reports also state that the Mac made US $6.625 billion in the quarter for Apple as against iPad revenues of US $5.316 billion, but with Macs generally costing a lot more than iPads, this is hardly a surprise.

Still, with 6.3% just over a quarter of Lenovo’s sales, Apple has a long way to go, but at least its sales are going up at a time when Windows sales have been going down quarter after quarter, with the PC industry now desperately awaiting Microsoft’s Windows 10 and fervently hoping that placing their destinies in Microsoft’s hands isn’t going to come back and bite them in the butt.

Or that Microsoft isn’t going to expand its “Devices” division with more Surfaces upon which to polish up a bit more Microsoft market share at the direct expense of its now direct competitors.

Apple’s famous “halo” effect has clearly also helped, with people’s love of iPods and iPhones translating not only into iPad sales, but Mac sales too, with myself just one example of many who made the move from Microsoft to a Mac, and who have never, ever, not once looked back.

Well, I have Windows loaded onto my Mac using the excellent Parallels Desktop software, but it mainly serves as a way to give tech support to long-suffering Windows users who are wedded to their systems thanks to their software choices.

I rarely if ever hear from my Mac owning friends for tech support, it is almost always Windows PC users who wail for the Windows waaaambulance to come and help them work out their wascally woes wiping out those wabbits - I mean, viruses.

So, despite 6.3% still qualifying as a “niche” product, it is one heck of a nice niche that brings in the cool cash for Apple’s bursting bank vaults, with a litany of supremely satisfied customers the rest of the industry wishes they could tap into.

As for iPad sales, let’s see what they look like next quarter after 2014’s Christmas shopping season is out of the way, and then again in the quarter after that when the whole start of 2015 back-to-school sales kick off.

We’re sure to see a surge for the iPad, and no doubt an ongoing surge for the Mac, too - with PC OEMs praying they will be so lucky.

We shall see, of course, but once you go Mac, you just don’t go back.

More in this category: « VIDEO: Lenovo Yoga Pro 3 launch with Ashton Kutcher live from LA Optus beefs up home bundles »
Share News tips for the iTWire Journalists? Your tip will be anonymous